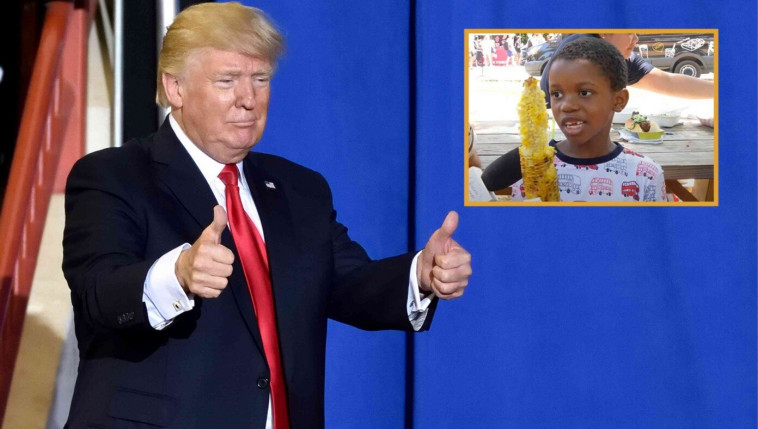 MAR-A-LAGO — Former President Trump has announced “Corn Kid” will officially be his selection for Secretary of Agriculture upon re-election.

“Corn Kid is going to do tremendous thing for our great country, everyone is saying so,” said President Trump in a statement. “He can’t imagine anything more beautiful than corn, and I can’t imagine anything more beautiful than him running the Department of Agriculture. He’s got the juice, ok? Believe me – between your favorite president and Corn Kid, we are going to make corn great again!”

The famed “Corn Kid”, whose actual name is Tariq, has reportedly entered into negotiations with Trump to accept the position. “We’re going to get the deal done and it’s going to be incredible,” said Mr. Trump. “See Tariq, he knows the art of the deal. He comes out asking for new butter reserves, demands all corn to cost one dollar – he knows how to play the game. He’s a winner, which I respect. I would probably pick him as my running mate if he weren’t seven years old.”

At publishing time, Tariq had reportedly accepted the position, provided no one at the White House plays the game “lava monster”.

Can this liberal California couple handle their new life in Texas?