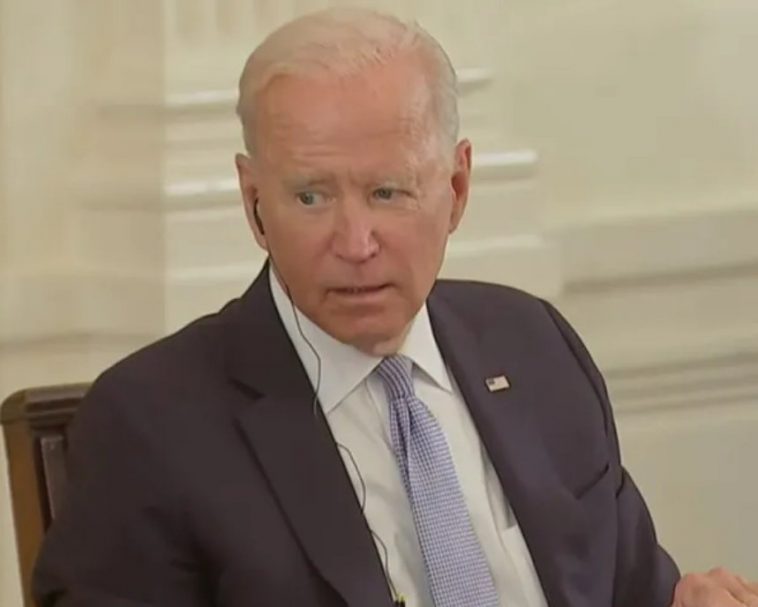 Only 1 in 5 Americans want to see Joe Biden run again according to the latest I&I/TIPP national poll. Biden’s numbers continue to slide due to “a number of issues, ranging from his leadership of the military, the botched Afghanistan withdrawal, the recent inflation surge and supply-chain crisis, the border crisis.”

Just when it seemed President Joe Biden could get no lower in the public’s political esteem, a new I&I/TIPP Poll of Americans’ preference for the 2024 Democratic presidential ballot is a shocker: Just over one out of five want Joe Biden back at the top of the Democrats’ ticket in three years.

A number of recent I&I/TIPP Polls (here and here) have documented Biden’s sharp decline in favorability with the public due to a number of issues, ranging from his leadership of the military, the botched Afghanistan withdrawal, the recent inflation surge and supply-chain crisis, the border crisis, and a number of other vexing White House issues.

Even so, no favorite has emerged among the large field of potential challengers to run against Biden in the 2024 primaries. The I&I/TIPP Poll gave respondents the names of 16 other possible candidates, asking “Who do you want to see run for president on the Democratic ticket in 2024?”

As mentioned, Biden was named by just 22% of those asked, while 12% mentioned Vice President Kamala Harris, whose abrasive style, lack of preparation, and revolving-door personnel changes have drawn criticism even from formerly friendly Democrats and the left-leaning media.