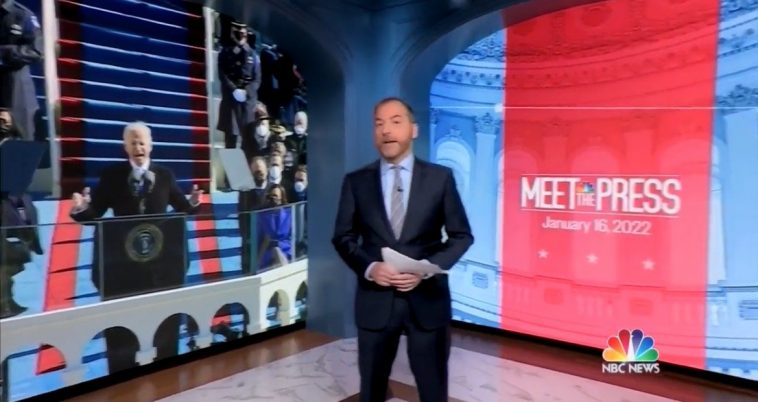 You know it’s bad when Chuck Todd admits Biden is a failure.

“The plan was that COVID would be defeated, the economy would fully recover, and he would be able to deliver a return to normalcy,” Chuck Todd said in his opening remarks on Sunday.

“A year after promising a change in tone, Biden has failed so far to do that,” Chuck Todd said, referring to Joe Biden’s divisive speech in Atlanta last week where he called millions of Americans who disagree with his federal takeover of elections, “domestic enemies.”

Every new administration enters office with an agenda of optimism.

For President Biden, the plan was that Covid would be defeated, the economy would fully recover and he would deliver a return to normalcy.

But plans have a way of going sideways. pic.twitter.com/3cvkOTcWdk