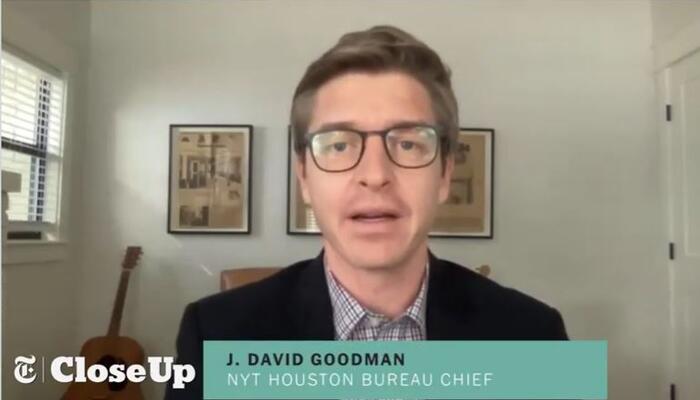 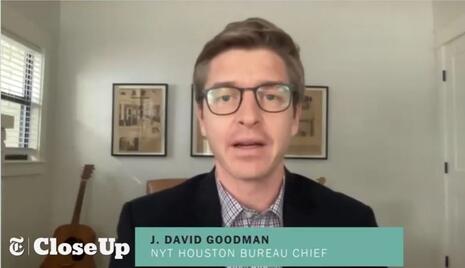 It’s the Times’ latest entry in a series of repetitive, fearmongering stories the paper has been constantly running for a decade, warning its easily frightened liberal readership that Texas is running ever-scarily to the right. (Is there any room left to run by now?) The silly trend has accelerated under Republican Gov. Greg Abbott.

Back in September, Goodman penned “Texas Lawmakers, After Shift To Right, Plan More of Same.” In July, reporter Reid Epstein pondered “Can Texas Turn Further Right? Top 2 Republicans Say It Can.” Less than two weeks before that, a headline read “Texas Governor Pushes State Further to the Right On Voting Rights and Race.” We get it, guys: Texas is full of right-wing nuts!

Every story is laced with ridiculously excessive ideological labeling of conservatives, including this most recent one:

Gov. Greg Abbott surprised some on his staff when he arrived at his office this fall with plans for a new pandemic decree: a ban on mandated vaccinations by private employers in Texas.

His about-face drew criticism from major Texas business groups, from corporations like American Airlines and from a powerful player in local Republican politics, Texans for Lawsuit Reform. It also prompted frustration among some of the governor’s staff.

Those who have known Mr. Abbott and watched his rise — from lawyer to state court judge to attorney general and, ultimately, to governor — have been stunned at his sudden alignment with the Republican Party’s most strident activists.

Of course, big on the list of heresies is Abbott’s refusal to mandate masks:

His rightward shift will be tested next year as he faces his most well-known and well-funded Democratic challenger yet, Beto O’Rourke, who announced his run late last month. Their contest raises the question of how far right a Texas governor can go and still hold on against a rising tide of Democrats in the state’s largest cities and suburbs.

His vaccine mandate ban was not enough for ultraconservatives, who have been demanding a special legislative session to codify his order. At the same time, businesses and hospitals have largely moved forward on existing or planned vaccination requirements, and the state has done little if anything to enforce the ban, industry groups said.

….as Republicans have strengthened their hold on state government, Mr. Abbott has seen challenges from his party’s animated base. This year, Mr. Abbott has joined with the firebrand lieutenant governor, Dan Patrick, backing perhaps the most conservative legislative sessions in Texas history.

“Greg is an arch, arch far-right conservative, which remains a shock to me,” said Pearson Grimes, a partner at the law firm where Mr. Abbott worked in the 1980s after a falling tree paralyzed him from the waist down….

Following that are some sympathetic paragraphs about Abbott’s personal tragedy, losing his ability to walk after a freak accident. Then it’s back to the scary labeling.

Before the pandemic, Mr. Abbott had been able to unite the business-oriented wing of the party with its right-most fringe….