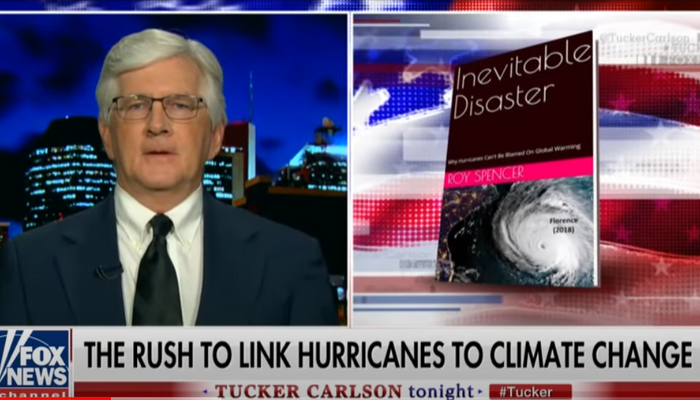 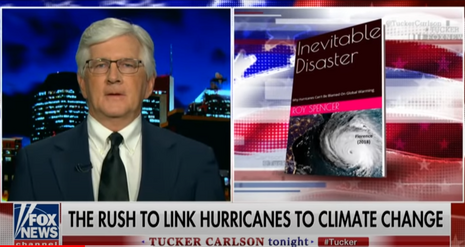 A meteorologist known for smacking down the sensationalism of eco-fanatics said his website was demonetized by censorship giant Google.

University of Alabama, Huntsville Principal Research Scientist Dr. Roy Spencer posted a blog on his website Jan. 7 saying that he had been demonetized for “unreliable and harmful claims.” This meant, according to Spencer, that he could “no longer generate revenue to support the website using the Google Adsense program.”

Spencer noted that he was getting “Google warnings for a couple months now about ‘policy violations’, but nowhere was it listed what pages were in violation, and what those violations were.” Spencer said he was demonetized after there was reporting in October 2021 of Google’s new policy that would prohibit so-called “climate deniers from being able to monetize their content on its platforms via ads or creator payments.”

But as Spencer blogged, “Many of you know that I defend much of mainstream climate science, including climate modeling as an enterprise.” He continued: “Where I depart of the mainstream is how much warming has occurred, how much future warming can be expected, and what should be done about it from an energy policy perspective.”

The censorship by Google was even more ridiculous in light of the reported reason why Google had chosen to blacklist Spencer. According to Spencer, Google didn’t like the fact that he posted global temperature updates based on satellite datasets that clearly don’t serve the eco-extremist narrative:

From the information provided by Google about my violations, in terms of the number of ads served, by far the most frequented web pages here at drroyspencer.com with ‘unreliable and harmful claims’ are our (UAH) monthly global temperature update pages. This is obviously because some activists employed by Google (who [sic] probably weren’t even born when John Christy and I received both NASA and American Meteorological Society awards for our work) don’t like the answer our 43-year long satellite dataset gives. Nevermind that our dataset remains one of the central global temperature datasets used by mainstream climate researchers in their work.

Spencer stated that he wasn’t planning on appealing the decision because “it’s not worth the aggravation.” However, the meteorologist took time to slap down Google for censoring the debate on climate science:

If you are considered a ‘climate skeptic’ (whatever that means) Google has already said you are targeted for termination from their Adsense program. I can’t expect their liberal arts-educated ‘fact checkers’ to understand the nuances of the global warming debate.

MRC Free Speech America reached out to Google for comment but received no response as of the publication of this article.

Conservatives are under attack. Contact your representatives and senators and demand that any ideas they support protect conservative speech. Tech giants should afford their users nothing less than the free speech embodied in the First Amendment as interpreted by the U.S. Supreme Court. If you have been censored, contact us using CensorTrack’s contact form, and help us hold Big Tech accountable.