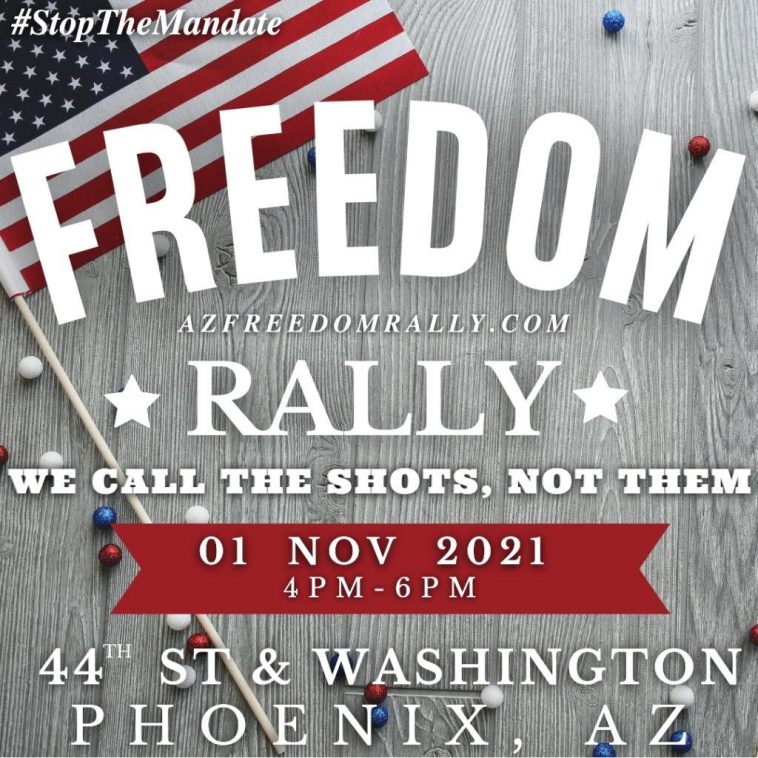 On Monday, at 4 p.m., Arizona Patriots will rally in opposition to vaccine mandates for airline employees outside of Phoenix Sky Harbor Airport.

The rally today will be on the corner of 44th st. and Washington in Phoenix, Arizona.

Stolen elections have severe consequences and we have seen this with the Biden Regime’s federal vaccine mandate for employers with over 100 employees.

Here is the number for constituent services at @dougducey office.

American Airlines told workers they must be fully vaccinated against Covid by November 24th or face termination.

American Airlines canceled over 100 flights in and out of Phoenix Sky Harbor on Sunday and over 1,500 flights nationwide since Friday due to crew shortages.

The airline is blaming “high wind gusts” for the cancellations.

New data obtained by The Gateway Pundit proves that the wind was not causing these cancellations, crew shortages were.

Not one of the 53 flights listed was labeled canceled due to weather as the reason for the flight’s cancellation but the airline still claims “high wind gusts” are to blame.

The protests work. Be there at 4 p.m.