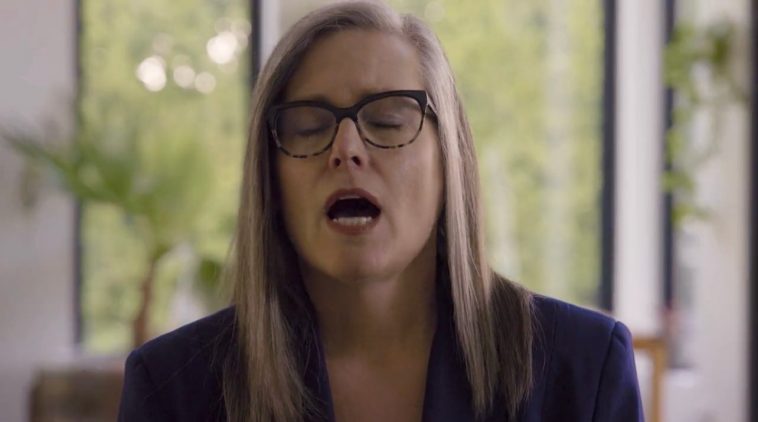 Arizona Secretary of State and Gubernatorial Candidate Katie Hobbs issued a public apology to Talonya Adams for her alleged racial discrimination and “shortsighted” response to the court’s verdict.

The Gateway Pundit reported that Katie Hobbs, once the Democratic frontrunner for Governor, might not be so popular after a federal jury awarded Taloyna Adams, a Democratic policy advisor for the state senate, $2.75 million.

Hobbs fired Adams, and Adams says it was due to her race.

in August 2019, Hobbs said “it is not true.” and “Discrimination didn’t happen.”

After Adams received her first favorable ruling and was awarded damages, Hobbs finally issued an apology saying, “I should have been a stronger ally”.

This was not enough for Adams. “I don’t need her to be my ally,” Adams said in the interview. “I need her not to discriminate against black people.”

Finally, today: Six years and two jury verdicts later, Hobbs has issued a real apology for her alleged racism against a staffer.

Hobbs is virtue signaling now that she has been forced to apologize.

The worst part is that Hobbs couldn’t even bother to spell Ms. Talonya’s name correctly in her official statement.

While the left gets mad at Republicans who say Kamala Harris’ name incorrectly, they have no problem discriminating against blacks and even calling them the wrong name completely.

A careless comment from a careless person who could care less about We The People. #DropOut https://t.co/AoM9Aclb3s

Democratic challenger Aaron Lieberman did it too.

Ok well it’s not just Hobbs. @aaron4az has a hard time spelling Talonya’s name too, getting it wrong in a press release announcing his plan to combat discrimination if elected governor. pic.twitter.com/DBmHxR3dK1

It appears Democrats do not care about black voters, only their votes.

Arizona Republican Gubernatorial Candidate called on Hobbs to step down from her role as Secretary of State after the recent court ruling was added to her track record of racism and bigotry.

Ms. Adams has called a public press conference to address the forced apology that Hobbs gave her.

She began her response to Hobbs saying

To be clear, I have not had a conversation with Kathleen “Katie” Hobbs since February 2015

This morning at 11:15 Ms. Talonya Adams will respond to Katie Hobbs’ third public response at the Sandra Day O’Connor Courthouse.

Katie Hobbs should resign from office and drop out of the Gubernatorial race.