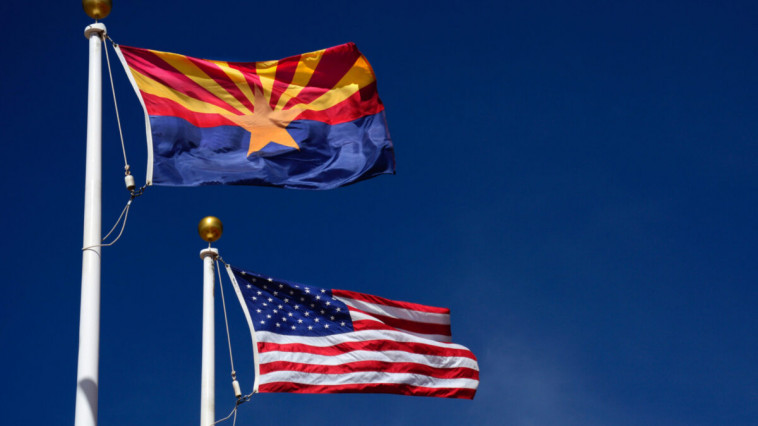 A judge in Arizona ruled that the state’s 19th-century abortion ban could take effect.

In a ruling Thursday, Arizona Superior Court judge Kellie Johnson ruled that Arizona’s near-total abortion ban, which dates back to 1864, could take effect after the Supreme Court sent the issue of abortion back to the states in Dobbs v. Jackson Women’s Health Organization. The judge’s ruling overturned a state court decision in 1973 that blocked the law after Roe v. Wade took effect.

The 1864 law, which was modified with streamlined language in 1901, bans the administration of an abortion procedure or abortifacient drug. “A person who provides, supplies or administers to a pregnant woman, or procures such woman to take any medicine, drugs or substance, or uses or employs any instrument or other means whatever, with intent thereby to procure the miscarriage of such woman, unless it is necessary to save her life, shall be punished by imprisonment in the state prison for not less than two years nor more than five years,” the law states.

Recounting the legal history behind the case, Johnson wrote that the law was declared unconstitutional at trial in 1972, but that decision was overturned by an appeals court in 1973. Less than three weeks after the higher court ruling, the Supreme Court ruled in Roe v. Wade; the appeals court “vacated its opinion on the sole and express grounds of the binding nature of the United States Supreme Court decisions,” Johnson recounted. The trial judge then ruled that the law was unconstitutional.

In the succeeding years, the Arizona legislature passed numerous laws placing regulations on abortion. Most recently, Arizona Governor signed a law in March that banned abortion after 15 weeks. But that law expressly did not overrule the 1864 ban. In light of the Dobbs decision, Arizona Attorney General Mark Brnovich filed a motion for relief from judgment to put the ban back into effect. Planned Parenthood responded, arguing that the court should not reinstate the ban but issue a ruling modifying the law to “harmonize” it with newer laws. The court refused, noting that “[t]he controlling Complaint seeks relief solely on constitutional grounds,” and that “[t]he judgment entered in 1973 was based solely on those constitutional grounds,” therefore issuing a modified judgment was improper.

“The court finds that because the legal basis for the judgment entered in 1973 has now been overruled, it must vacate the judgment in its entirety,” Johnson concluded in her ruling. ” [T]he Second Amended Declaratory Judgment and Injunction signed by the Court on March 27, 1973 … no longer has any prospective application.”

Brnovich celebrated the ruling as a win for life in the state. “A Pima County judge lifted an injunction that was placed on Arizona’s abortion statute,” Brnovich said in a statement. “We applaud the court for upholding the will of the legislature and providing clarity and uniformity on this important issue. I have and will continue to protect the most vulnerable Arizonans.”