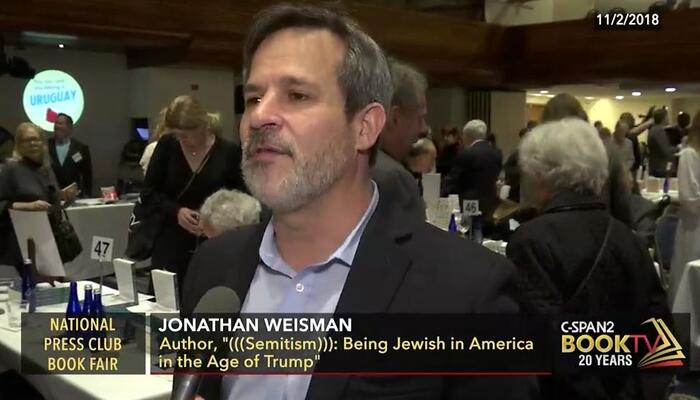 New York Times reporter Jonathan Weisman is once again pushing taxes on “the ultrarich” who deserve to get soaked. He found an interesting story, libertarian hedge fund son Adam Wyden vs. his hard-left father, Sen. Ron Wyden, which he marred by injecting his own obvious hankering for gouging “billionaires.” The reporter seemed puzzled why the rich son wouldn’t want to pile taxes on even richer people like Elon Musk.

Even the headline was ideologically tilted in the Sunday edition story: “Rift Between Wyden and Son Shows the Challenge of Taxing the Ultrarich.”

ADW Capital Partners would appear to be the kind of hedge fund that Democrats on the Senate Finance Committee would like to tax more heavily: small but growing fast….

No wonder, then, that its owner, Adam Wyden, has come out as a vocal and vociferous critic of the tax increases being pushed by the committee’s chairman, Senator Ron Wyden of Oregon — his father.

The public dispute between son and father over the elder Mr. Wyden’s dogged efforts to tax the wealth of the superrich and close loopholes that have particularly benefited the richest financiers has accentuated a particular phenomenon that has helped to shield America’s billionaires. Each time Congress weighs taxing them, the merely rich rush to run interference for the fabulously rich.

But as President Biden’s $2.2 trillion social safety net and climate change bill has languished in the Senate, Mr. Wyden has kept alive the proposals his son has spoken out against. One would tax the annual wealth gains of about 700 American billionaires, some of whom were shown in a series of ProPublica reports to have paid a tiny fraction of their wealth in taxes, while some paid no income taxes at all. The proposal would raise $557 billion over 10 years and turn the Build Back Better Act into a bona fide deficit reducer.

Because no billionaire would change their behavior if their wealth was taxed?

Weisman dug into the finances of Wyden, the hedge fund operator, as if to prove his concerns weren’t relevant because they may not impact him directly.

But Adam Wyden is hardly one of the big whales that most Senate Democrats are eyeing to pay for their spending. With three employees, a little more than 150 investors and $329 million in assets under management, ADW Capital Partners is successful but no titan….

He would in no way be hit by his father’s wealth tax, which would be levied only on people with $1 billion in assets or $100 million or more in income over three consecutive years….

The Times beat up on the younger Wyden for defending Elon Musk after he “insulted Senator Wyden with what appeared to be a vulgar slight.”

Dennis Kelleher, who heads Better Markets, a group that works against income inequality, said the marshaling of little guys to protect the big guys “happens all the time.”….

[Adam Wyden] is hardly the only wealthy person sticking up for the fantastically rich. The billionaire class has long leaned on farmers and ranchers to beat back efforts to tax inheritances more heavily….

Weisman offered similar “soak the rich” energy in his October analysis of Biden’s “safety net and climate change” proposal currently languishing: “How Democrats Would Tax Billionaires to Pay for Their Agenda.” He ranted about “the richest of the rich” with their “mountains of wealth.”