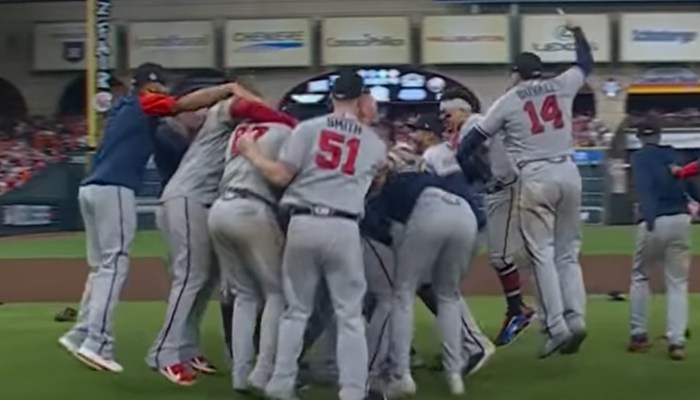 Last night, the Atlanta Braves captured their first World Series title in 26 years after taking down the mighty Huston Astros in six games, concluding one of the most improbable championship runs in recent memory. While claiming the title is obviously incredible in itself, there is an added layer of situational irony that makes this victory even sweeter. 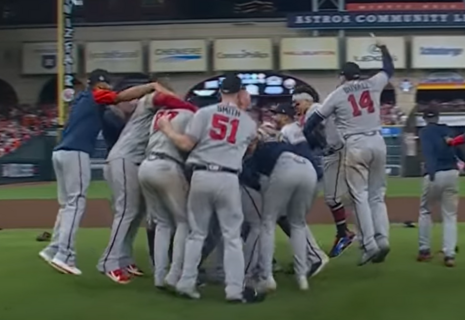 Back in April, Major League Baseball commissioner Rob Manfred decided to relocate the All-Star Game from Atlanta to Denver after the state of Georgia decided to enact what the MLB deemed “racist voting laws.” The bill placed heavier restrictions on mail-in voting, which made the MLB believe that the law (checks notes) was steeped in discrimination.

“Major League Baseball fundamentally supports voting rights for all Americans and opposes restrictions to the ballot box…Fair access to voting continues to have our game’s unwavering support,” Manfred said.

The Players Alliance, a group dedicated to “building equitable systems in order to change the trajectory of diversity throughout baseball,” took it one step further and said the laws “disproportionately disenfranchises the Black community.”

We stand in support of @MLB‘s decision to move the 2021 All-Star Game. pic.twitter.com/ESTh4g4bVj

Talk about being utterly desperate to look righteous.

Fast forward over six months later, and the Braves got their sweet revenge. Despite being robbed of hosting one of baseball’s premier events, the Braves not only won the World Series, but got to give Manfred some justice during the trophy ceremony (without burning down buildings, demonizing a people group, or calling for the end of the police).

Loyal Atlanta fans inside the Astros’ Minute maid Park rained down thunderous boos on the commissioner after he presented the World Series trophy to manager Brian Snitker. Despite being small in number, they did not hold back:

Quite a few Atlanta fans in Houston. They relished the chance to boo Rob Manfred during the trophy presentation pic.twitter.com/xqnKRghLi0

Everyone who followed this incredible championship run should feel strong a level of satisfaction over the outcome. Manfred tried to punish a team for something they weren’t even directly tied to, giving them a far more stern punishment than he ever doled out to the Astros for their egregious sign-stealing scandal that spanned three years. He cowered to the woke mob, which is always a losing strategy, and then had to hand the most prized possession in baseball to that same team of resilient, genuinely likable payers, who never lost faith in their team vision despite all the adversity and challenges they faced.

Hey Rob Manfred, you wouldn’t let us host the All Star Game, so we just won the World Series instead. Wear it, you woke loser.

Congratulations, Atlanta. You beat cheaters and wokeness all at once, and all of America thanks you. Chop on!