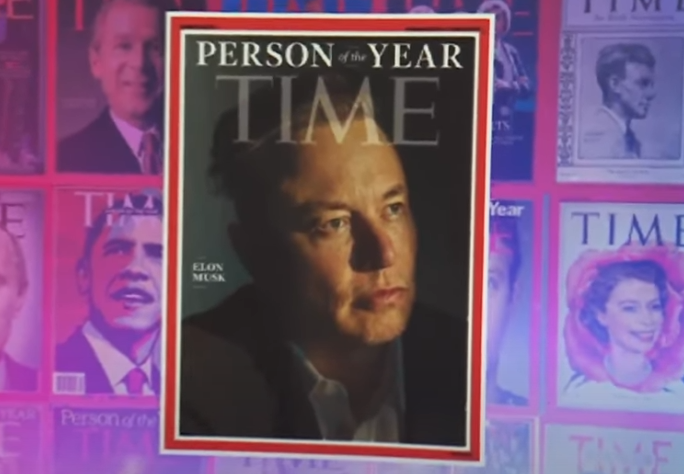 Too bad for the left, they can’t mandate who wins “Person of the Year.” So TIME magazine decided to give the world’s richest man Elon Musk that honor, though he’s become a vocal critic of vaccine mandates and the left. 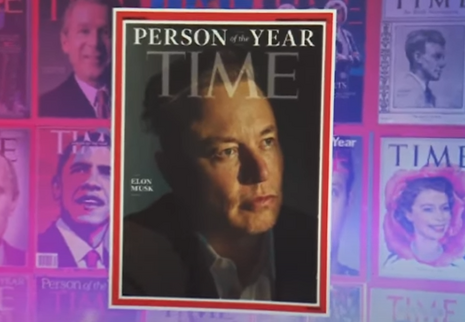 In TIME’s write-up of its decision to christen Musk, the outlet stated that “Musk has spent a lifetime defying the haters; now, it seems, he’s finally in position to put them in their place.” Musk certainly has been ruffling leftist feathers as of late. He slapped down the idea of government-imposed vaccine mandates as the “‘erosion of freedom in America,’” according to Yahoo! Finance. In addition, Musk repudiated President Joe Biden’s leftist infrastructure plan during the Wall Street Journal’s CEO Council Summit: “‘Honestly, I would just can this whole bill. Don’t pass it.’” He continued to hammer the left’s spending spree: “‘In general, if we don’t cut government spending something really bad is going to happen. This is crazy. Our spending is so far in excess of revenue it’s insane.’”

The richest man in the world does not own a house and has recently been selling off his fortune. He tosses satellites into orbit and harnesses the sun; he drives a car he created that uses no gas and barely needs a driver. With a flick of his finger, the stock market soars or swoons. An army of devotees hangs on his every utterance. He dreams of Mars as he bestrides Earth, square-jawed and indomitable. Lately, Elon Musk also likes to live-tweet his poops, [emphasis added.]

Also, the magazine said Musk “embodies the zeitgeist of this liminal age.” That’s high praise coming from the notoriously left-wing magazine, given that Musk decimated Sen. Bernie Sanders (I-VT) for whining about the rich paying their fair share on Twitter Nov. 13. Musk responded to Sanders: “I keep forgetting that you’re still alive.” Musk’s swipe at Sanders came after TIME published a glowing report on Sanders’ efforts to get Biden’s multitrillion-dollar disaster of a budget bill passed.

The magazine, however, proceeded to offer artsy fartsy interpretations of Musk’s persona:

This is the man who aspires to save our planet and get us a new one to inhabit: clown, genius, edgelord, visionary, industrialist, showman, cad; a madcap hybrid of Thomas Edison, P.T. Barnum, Andrew Carnegie and Watchmen’s Doctor Manhattan, the brooding, blue-skinned man-god who invents electric cars and moves to Mars, [emphasis added].