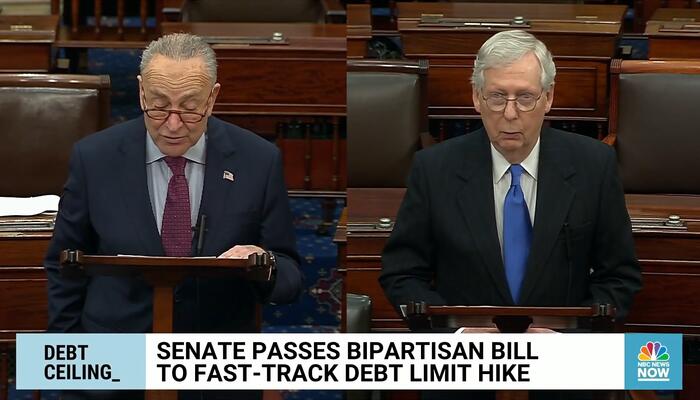 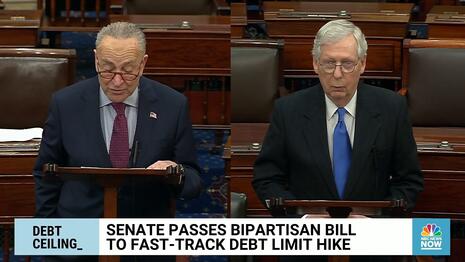 In a political climate where the hard-left nature of the Democratic Party has put them historically far behind Republicans in generic polling, The New York Times insisted it’s the Republicans that are the radicals.

Being a member of the Democratic-leaning snobs who make up the press corps, Times congressional beat reporter Carl Hulse issued a common GOP insult in his story about conservative opposition to Senate Minority Leader Mitch McConnell’s use of a one-time legislative trick to raise the debt ceiling: Republicans have no interest in governing and are just hard-right nuts who want to sabotage the governing process and the nation’s finances.

Historically, Hulse’s congressional coverage copy is an unbroken stream of encouragement of congressional Democrats, interspersed with self-satisfied stories about Republicans caving into them (when the GOP isn’t unfairly “seizing” on some unimportant issue to make Democrats look bad).

Hulse began by saying the move “reflected the crucial role of the pragmatic wing of the G.O.P.” as well as “how narrow that wing has become, and how willing the majority of Republicans were to use potential fiscal catastrophe as an opening to pummel President Biden and his party.”

[I]n today’s Republican Party, it prompted considerable blowback from Mr. McConnell’s usually unquestioning colleagues. That is a mark of how far the party has strayed from what it once was, and reflects a growing divide in the Republican ranks, one likely to deepen next year if Republicans win control of the House and Senate through the election of new members who emerge from primaries that reward the furthest-right — and most uncompromising — candidates.

But with the debt limit so inflammatory among hard-right conservatives as a proxy for Democratic spending plans, most Republicans chose to reject the legislation and risk being attacked on Medicare spending, figuring they could explain their way out.

Complicating matters is the fact that some of the seasoned Republicans who helped Mr. McConnell in this case — Senators Roy Blunt of Missouri, Rob Portman of Ohio and Richard Burr of North Carolina — are leaving Congress at the end of next year, shrinking the ranks of those willing to risk political blowback in the interest of keeping the government from falling into chaos.

If Mr. McConnell is struggling to corral the current members of his Republican conference after 2020 elections that added more hard-right Republicans, it is likely only going to become more difficult when some of his most dependable allies are gone, potentially replaced by archconservatives fueled by antipathy to government and fealty to Donald J. Trump.

Because insulting Republicans is what Hulse does (and since that’s what The Times pays him to do), he ended with another insult directed at the GOP: “Mr. McConnell will have to figure out how to govern with colleagues who seem increasingly uninterested in doing so.”