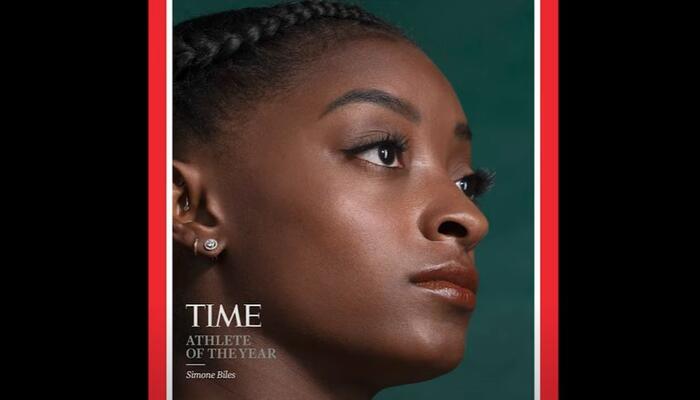 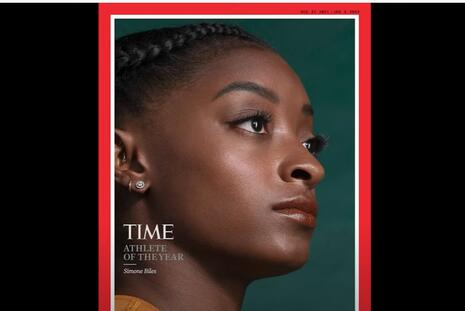 The late Vince Lombardi once said, “Winners never quit, and quitters never win.” He was wrong. Quitters claim Time magazine Athlete of the Year honors. Pouty American gymnast Simone Biles withdrew from this year’s Summer Olympics because she wasn’t doing as well as expected. Time insulted the real achievers in 2021 by handing their annual award to her.

The gymnast mopped up on gold medals in the 2016 Olympics and was expected to do likewise this year. Instead, she stressed out while claiming a silver and a bronze before throwing in the towel. She quit on her teammates and the Games, saying:

“I have to focus on my mental health. I didn’t want to go out and do something stupid and get hurt… At the end of the day, we don’t want to be carried out of there on a stretcher.”

Time recalls Biles’ stunning the world by putting on her warm-up suit, packing her bag and telling her teammates adieu, she wouldn’t be competing with them. She withdrew from her next four events, then returned to compete in one final event. Talk about letting your team down; Biles left Team USA scrambling to arrange substitutions in her absence.

“[W]hat Biles did transcended the chatter: she fought the (mental health) stigma that has long silenced athletes, and shrugged off the naysayers who belittled her decision.

“At a time when anxiety and depression rates are skyrocketing—the CDC reports a 50% rise in suicide attempts by teenage girls during the pandemic—and many people are struggling with what they owe themselves vs. what others demand of them. Biles made clear the importance of prioritizing oneself and refusing to succumb to external expectations. With the eyes of the world upon her, she took the extraordinary step of saying, That’s enough. I’m enough.”

She vaulted mental health into the forefront of sports and culture, the Times writers rave. Because “African Americans have disproportionately been among the poor and have not been able to have health care to pay for mental-health services.”

Biles also “put her vulnerability on display” by testifying in the U.S. Senate on the sexual abuse of former team doctor Larry Nasser and the lack of institutional protection of athletes. She is one of his many sexual abuse victims.

Biles scored additional points with Colin Kaepernick, who ridiculously made the short list for Time’s 2017 Person of the Year. He cited her “grace, eloquence and courage.”

Hey, if this is the new criteria for winning athlete of the year awards, well, then, athletes, start lining up to quit when you reach the pinnacle of your sport, the eyes of the world are on you, and your teammates need you. Start claiming you threw that pitch, threw that pass or took that shot while losing your spacial awareness, as Biles did. Request a letter of recommendation from Kaepernick. Recount past victimhood. All this peripheral nonsense is now worthy of award consideration for athlete of the year honors by the bleeding hearts at Time.

What Biles did away from gymnastic competitions is commendable. But worthy of the Time Athlete of the Year award? No. Outside of leftist echo chambers, this award is meaningless.