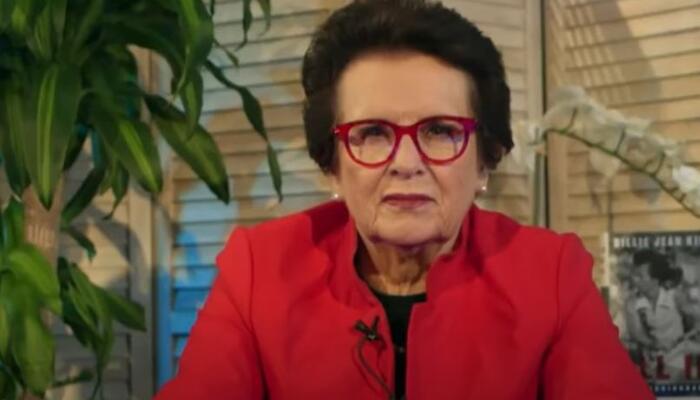 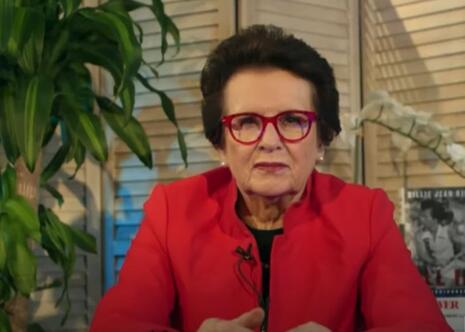 Last week’s Supreme Court oral arguments over abortion prompted hysterics about so-called “reproductive rights” from many on the Left. Including former tennis player Billie Jean King, who wrote an inane op-ed in the Washington Post defending Roe v. Wade. She tried to make a point that so-called “reproductive rights” are necessary, but also admitted her own abortion in 1971 was done merely for convenience.

King was one of the world’s top tennis players 50 years ago when she became pregnant. She admits the timing was not convenient for her career and an abortion was absolutely necessary. Tennis legends Serena Williams and Margaret Court had babies and then resumed their careers – completely derailing King’s nonsense. Nonetheless, King tried to rally abortion supporters by writing:

“My own experience obtaining a legal abortion, two years before the landmark Roe v. Wade decision, illustrates why we must never roll back our hard-won reproductive rights. … I was on the road constantly to help launch the world’s first professional all-women’s tour. In fact, I learned I was pregnant after almost throwing up on court during a match. Oh dear God, I thought when the test came back positive. Now what do I do?”

During a press conference in 1971, King lied about her pregnancy before she and her husband, Larry King, decided she would get an abortion. She also acknowledged that tennis players have babies and go back to professional tennis careers.:

“Ultimately, tennis was not the deciding factor. I knew that other players had returned to competition after taking time off for pregnancy and childbirth, including the champion Margaret Court. Twice. But our lives were so complicated and unpredictable that I couldn’t imagine bringing up a child in such chaos.”

King also considered it an indignity that her child’s father had any say at all in whether or not it would be allowed to live. Fifty years ago, America had a healthier respect for human life. Based on today’s belief by the Left that life is disposable, King called that degrading.

Abortion is still legal in the U.S., but King wrapped up her op-ed by ripping into states like Mississippi that are passing laws restricting abortion. She says “fundamental rights” to abortion basically trump the unalienable rights endowed to us by our Creator to life, liberty and the pursuit of happiness.

“The central premise of Roe, which Mississippi seeks to overturn, is about women’s rights to make fundamental decisions about their lives, futures, and families,” King wrote in conclusion. “If we lose the ability to control our bodies and our futures, so many of the gains women have made will be undone. At stake are not only indignities and inequities but the rights to self-determination and equal opportunity that would fall along with Roe.”

Those rights are not extended to the unborn, according to King.