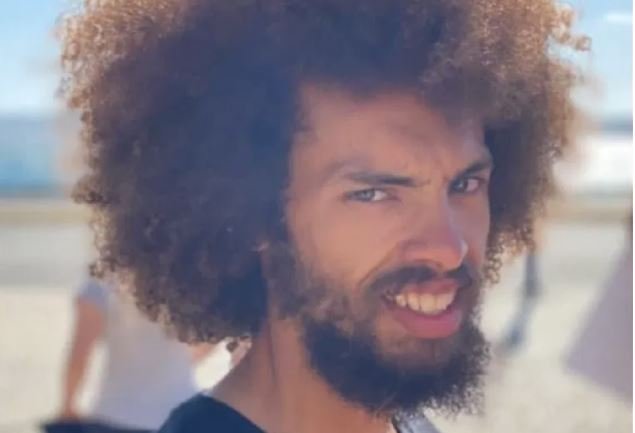 Black Lives Matter activist Denzel Draughn was arrested in San Diego, California in September 2020 durng the Black Lives Matter riots in the city. He thought it would be a good idea to tear gas a group of police officers.

Draught was charged with 19 felonies including nine counts of using tear gas against a group of police officers.
Denzel Draught is from Indiana and has a long criminal record.

On Thursday a jury in San Diego found Denzel “not guilty” of spraying the police officers with pepper spray.

Patriot-Fire has more on Denzel Draughn.

In this event, the police stopped the driver of a SUV that was bringing up the rear of the march for running a red light. An abusive, profane, hostile and threatening mob gathered around the police as they questioned the driver. One policemen held up a can of pepper spray to ward off the mob. A person tried to slap the can out of his hand and the policeman sprayed him.

That started a melee and the police are arresting that man when this clip above starts. A can of pepper spray somehow becomes loose and rolls onto the sidewalk. Draughn picks up the can and sprays the group of policemen arresting the first man.

His Black Lives Matter comrades are calling him a “hero”, but he seems to be acting just as a police-hating criminal and anarchistic, ideological fanatic. Criminals seem to be common among the hard-core instigators in our local black lives matter movement and probably elsewhere, as well.