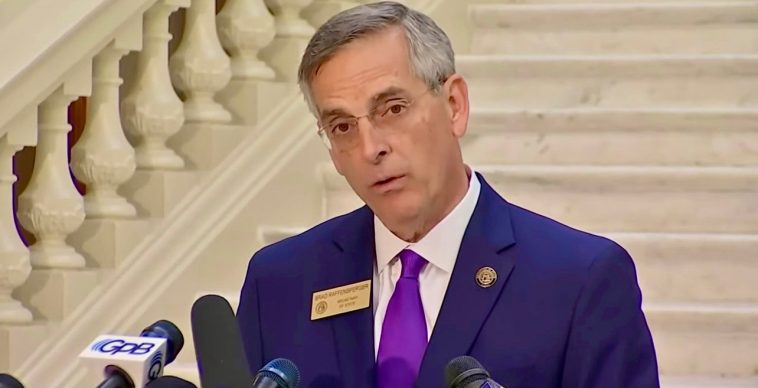 Last week Georgia election operatives Ruby Freeman and her daughter Wandrea “Shaye” Moss sued The Gateway Pundit, Jim Hoft and Joe Hoft for allegedly conducting a “campaign of lies” against the two women that led to online and in-person harassment against the two women.

The organization behind the lawsuit is called Protect Democracy, a large far-left political organization.

The two women and their far-left funders targeted The Gateway Pundit after we were the first to identify the women in the late-night ballot-counting video at the State Farm Arena in Atlanta Georgia on November 3rd and the morning of the November 4th.

The Gateway Pundit was also first to report that Ruby Freeman was caught on video shoving stacks of ballots through the voting machines numerous times late at night after all of the election observers were sent home.

The anti-Trump officials in Georgia insisted that this was normal procedure in the state of Georgia to kick out observers pull out hidden suitcases of ballots and feed them through the machines in an empty room numerous times when your candidate is losing the race.

Brad Raffensperger claims that the suitcases that were pulled out from under the tables at State Farm Arena on election night is an “urban myth” and that Rudy Guiliani “sliced & diced that video out of sequence”.

Raffensperger allows this obvious stealing of votes in Georgia elections.