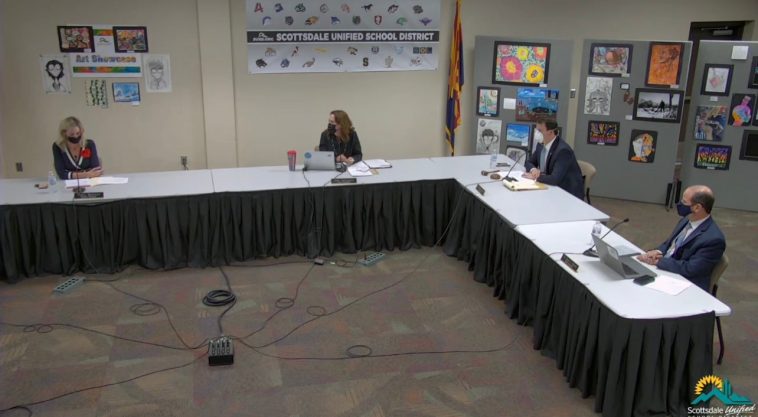 Scottsdale Unified School District held an emergency meeting tonight at 6 p.m. to elect a new Board President and consider the disgraced Board President Jann-Michael Greenburg’s resignation.

AZ State Representative Joseph Chaplik hosted a presser outside of the schoolhouse before the meeting. He questioned the motives of the very board that unanimously elected Greenburg their president and demanded resignation from all school officials that had any knowledge of the ‘Greenburg Dossier‘.

He also questioned the mask mandates and divisive critical racism asking if they were tools to create an “enemy list” of parents. The Gateway Pundit raised this question earlier.

Jann Michael Greenburg is currently under investigation by the Scottsdale Police Department for his involvement in a dossier containing in-depth parental and family information belonging to concerned parents in Scottsdale, Arizona.

There is also a “fox in the henhouse” investigation by the District that is currently underway. Greenburg: I will briefly read a short statement… In my duty as a school board leader it is important to me that each member of our SUSD community is heard. This input helps us build and maintain a learning environment where our students can thrive. I believe in this community and want us all to work together and learn from each other even when we disagree. I am reassured the Scottsdale Police Department is investigating this matter. There appear to be bad actors involved and I am confident our law enforcement professionals will quickly resolve these issues. Social media in today’s political environment can cloud judgment and generate fear that can cause all of us to react hastily, as I believe has occurred here. I commit to you and I commit to myself to stay focused on the most important role I have as a school board leader: ensuring Scottsdale students are learning in the classrooms and have the world-class, future-focused education they deserve. I thank the community for entrusting me with this monumental task, and I will do my part to leave the fear and politics out of the important work we must do together. Thank you.

He then tried to call another private executive session to change the meeting agenda, right in the middle of the meeting.

Greenburg: The chair would like to call another executive session for discussion or consultation for legal advice with the governing board’s attorney on any item that is listed on this agenda. Is there a second?

No second. Is there a motion?

Board Member Libby Hart-Wells shared her commentary on why Scottsdale needs a new school board president and why she requested this emergency meeting to dethrone Jann Greenburg.

Jann responded to this challenge by saying,

There was nothing else to be said and they attempted to proceed with a nomination process.

Greenburg then fought against the motion to move forward on the agenda and elect a new board president, saying that they may not take two motions on one action item.

He suggested that a new meeting be held to move forward on this agenda item.

The Board approved the agenda as presented and a new Board President was nominated after Greenburg finally gave up.

** School board President Jann-Michael Greenburg was recently caught spying on and harassing parents in his school district.

** He treated his constituents like they were political enemies and information was later compiled for an online dossier.

Mark Greenburg admittedly used private investigators to find privileged information and record licensed plate numbers. He also stalked social media pages and compiled as much information as he could from other websites and background checks.

The drive was also shared with other school officials but anybody with the link could view this confidential information.

Local parents feel violated as you would expect. 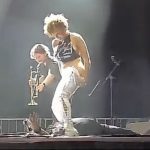 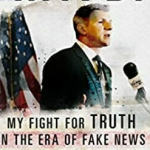