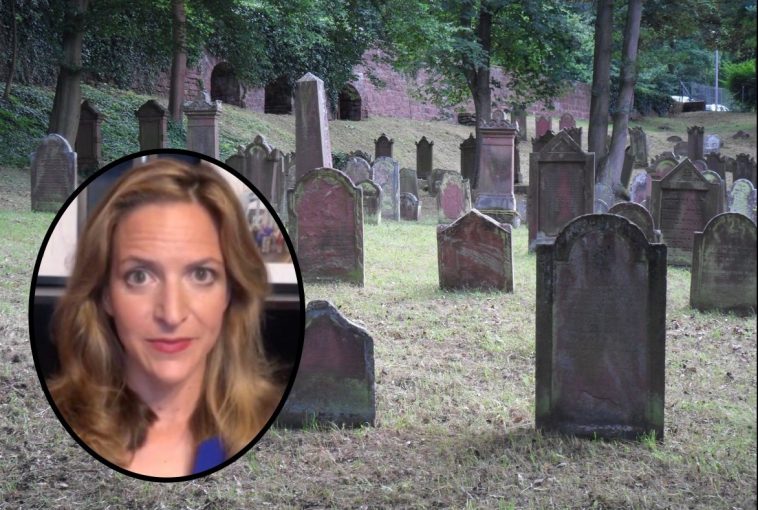 Yet another lawsuit has been filed against Michigan’s dishonest Secretary of State Jocelyn Benson.

100 Percent Fed Up reports – The lawsuit, filed by the Public Interest Legal Foundation, accuses Benson of neglecting her duty to remove dead voters from the voter rolls in violation of the Department of Justice’s NVRA (National Voter Registration Act). The NVRA clearly states that election officials must “conduct a general program that makes a reasonable effort to remove the names of ineligible voters from the official lists of eligible voters.”

The watchdog group discovered one registered voter who died over two decades ago, yet is still on the voter rolls. If she were alive today, she would be 100 years old.

They also found another registered voter who would be 108 years old today if she didn’t die over two decades ago.

The Public Interest Legal Foundation found obituaries for both of the deceased women in the Detroit Free Press and one had an image of her gravestone online.

In a written statement, J. Christian Adams, president of Public Interest Legal Foundation, claimed, “This case is about ensuring that deceased registrants are not receiving ballots,”

“For over a year, we’ve shared specific data with the Michigan Secretary of State’s Office about the alarming problem of deceased registrants on Michigan’s voter rolls,” Adams said, adding, “Secretary Benson has done nothing to resolve the problem and is even refusing to hand over public documents related to these failures. The failure to remove deceased registrants creates an opportunity for fraud and makes Michigan’s elections less secure.”

After analyzing Michigan’s voter rolls and verifiable death records, The Public Interest Legal Foundation revealed that, as of August 2021:

23,663 of those deceased registrants have been dead for five years or more.

17,479 of those deceased registrants have been dead for at least ten years.

3,956 of those deceased registrants have been dead for at least twenty years.

The lawsuit accuses Defendant Secretary of State Jocelyn Benson as the chief election officer of Michigan of violating the following requirements in Section 8 of the NVRA (National Voter Registration Act):

Section 8 of the NVRA requires Michigan to “conduct a general program that makes a reasonable effort to remove the names of  non-eligible voters from the official lists of eligible voters by reason of,” inter alia, “the death of the registrant.”

Section 8 of the NVRA also requires that Michigan shall “complete, not later than 90 days prior to the date of a primary or general election for Federal office, any program the purpose of which is to systematically remove the names of ineligible voters from the official lists of eligible voters.”

Although Section 8 of the NVRA generally restricts states from removing ineligible registrants from the voter rolls within 90 days of a primary or general election, Congress permitted the removal of registrants who have died.

Michigan’s list maintenance activities have proven unreasonably inadequate to identify many registrants who are deceased, some of which have been deceased for a significant number of years and been published in newspaper death notices. The Foundation was able to find copies of death notices and pictures of grave markers for individuals included on the Foundation’s list of likely deceased registrants.

Michigan’s activities for removing the names of deceased registrants from the list of eligible voters, overseen by the Defendant in her capacity as the state’s chief election official, are unreasonable and inadequate to meet the obligations required by the NVRA. Defendant is not following the existing federal and state laws and procedures, and to the extent she is, her efforts are inadequate.

The lawsuit against Benson blasts her for ignoring the law:

Having a process in place that systematically removes deceased registrants is not just a good idea; it is the law. 52 U.S.C. § 20507(a)(4)(A). For the Foundation to be able to identify more than 25,000 deceased registrants on a conservative sample of the Q.V.F. it examined, and for Defendant to fail to act upon the information provided by the Foundation over the course of many months, demonstrates emphatically that Michigan has failed to reasonably implement and/or conduct a systematic list maintenance program that complies with federal law requiring deceased electors to be removed from the voter rolls.

When more than 25,000 deceased registrants are identified on the Q.V.F. and not removed for an extended period of years, the list maintenance program is not only unreasonable, it is failing.

Will Michigan’s dishonest Secretary of State be held accountable for her actions?