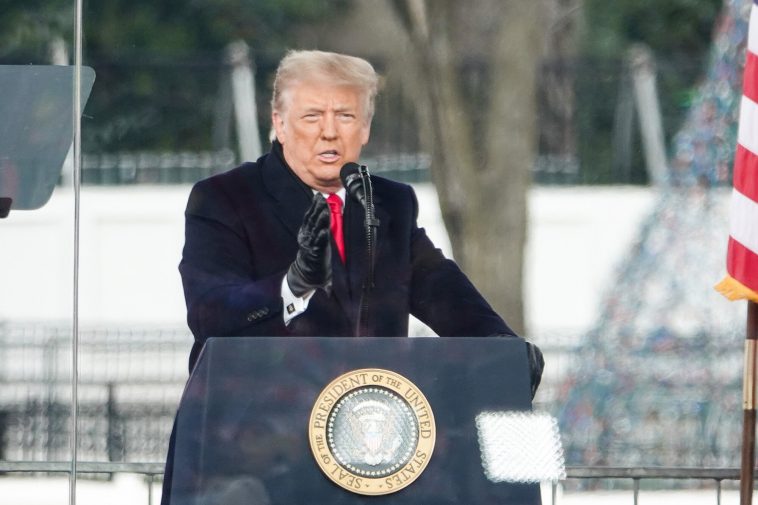 On Monday, November 8th, President Trump released a statement reminding Americans that the 2020 Election fraud investigation is not over.

It has now been more than one year since our Country was hijacked and plunged into chaos.

“The findings of the Forensic Audit Report were clear and conclusive,” said President Trump.

The auditors even provided video footage of individuals deleting election data before the federally mandated 22-month election record retention period was over.

The Gateway Pundit reported that nearly 700,000 ballots are now in question after the full forensic audit and independent canvass of Maricopa County revealed elections laws violations, missing chain of custody, missing or unverified signatures on mail-in envelopes, internet connectivity within the Elections Management Server (another law violation) and incredible opposition to transparency from the County.

President Trump released the following statement on Monday regarding the large-scale election fraud in Arizona.

President Trump: The great Patriots of Arizona are anxiously awaiting the Attorney General’s review of the large-scale Election Fraud that took place during the 2020 Presidential Election. The findings of the Forensic Audit Report were clear and conclusive. The results from the Congressional Election Integrity hearing that just took place in Washington D.C., upon cross-examination, were devastating to the other side. The Arizona Legislature (and other states!) should, at a minimum, decertify the Election. The American people deserve an answer now! “The great Patriots of Arizona are anxiously awaiting the Attorney General’s review of the large-scale Election Fraud that took place during the 2020 Presidential Election. The findings of the Forensic Audit Report were clear and conclusive… pic.twitter.com/mXdkmDAAEk

President Trump recently made a special video appearance at Arizona Gubernatorial Candidate Kari Lake’s election integrity rally on November 3rd, the one-year anniversary of the stolen 2020 Election. He thanked the great patriots in Arizona for their heroic work and addressed the destruction created, so far by the Biden Regime.

Arizona State Senator Wendy Rogers told the crowd at this rally that she also wants to see the fraudulent 2020 election decertified along with accountability through “perp walks” and arrest.

This is not over until we get the truth and we see accountability.