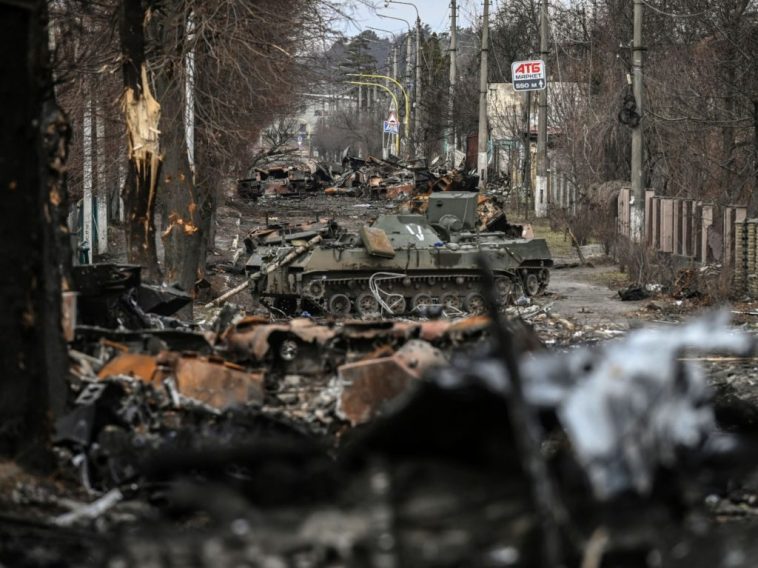 A British news team was shot at while filming near Kyiv (Kiev) on Monday, with one cameraman’s body armour absorbing two bullets and chief correspondent Stuart Ramsay injured.

The five-person Sky News team remained under fire for just over a minute from an assailant or assailants who could not be identified on camera, using their vehicle as cover to shelter from the attack — while shouting “journalist” and “stop” — before fleeing the scene.

Prior to the attack, the team had planned to head to the town of Bucha — around 18.6 miles away from Kyiv — to document the remainder of a destroyed Russian convoy, but after multiple delays caused by security checkpoints on their journey they decided to return to the capital.

As they were driving down one road, a small explosion disabled one of their tyres and they came under fire, Sky News reports.

The journalists were unable to identify who was shooting at them — they initially believed it was Ukrainian forces who had mistakenly identified them as enemy combatants — but say they were later told by the Ukrainians that it was a “saboteur Russian reconnaissance squad”.

They were unable to verify this.

‘They’re Dressed Like You and Me’ – In Kyiv, Home to Large Russian Minority, Volunteers Hunt ‘Saboteurs’ https://t.co/68ZiUr21lb

During the skirmish, chief correspondent Stuart Ramsay was shot in the back and cameraman Richie Mockler was shot twice in the chest — both were wearing body armour — with no reports of the three other team members being hit.

There is currently no evidence to suggest the group were targetted because they were media. As they were wearing helmets and body armour, they may have been mistaken for combatants — but the facts of the incident are simply unknown.

The Sky team were able to escape down an embankment during the firefight, saying that they were subjected to a “hail of gunfire” as they fled.

They were eventually able to take shelter in a workshop with three caretakers and were later evacuated by the Ukrainian police as a battle raged outside between Ukrainian authorities and Russian soldiers.

Ramsay said being shot “didn’t hurt that bad. It was more like being punched, really”.

He and his team have now been evacuated back to the United Kingdom.

A Well-Regulated Militia… Ukraine Gives Guns to Citizens ‘To Defend Our Country’https://t.co/vRxTb2d4TL 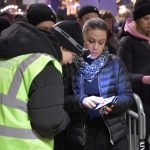 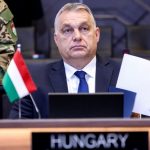