Dr. Simone Gold led a team of doctors called America’s Frontline Doctors, a group that challenged COVID prevention strategy in America, back in July 2020 in Washington DC. The Frontline Doctors from across the country met in Washington DC to dispel the coronavirus’s misinformation and myths. The group was concerned with the disinformation campaign being played out in the far-left American media today.

The group also promoted the cheap treatment drug hydroxychloroquine as a life-saving medication in treating the coronavirus. The American left trashed the doctors, and the tech giants and Big Pharma blocked their content from the internet.  They claimed it was dangerous.

The American left hates to be confronted with their lies. And for months, they went after Dr. Simone and the other doctors to ruin their reputation. Dr. Simone was fired for speaking on the benefits of treating the coronavirus with hydroxychloroquine.

There are currently 391 studies on HCQ’s effectiveness in treating the Coronavirus.  Early treatment consistently shows positive results.  Sadly, Dr. Fauci, the CDC, Big Pharma and the leftist media refused to allow access of this drug to millions of at-risk Americans.  We all know the results of their criminal action.

Dr. Simone Gold was in Washington DC on January 5th and 6th and spoke on the 5th at Freedom Plaza. Dr. Simone later entered the U.S. Capitol on Jan. 6 and delivered her same medical speech with a bullhorn from inside the U.S. Capitol.

Dr. Simone committed no acts of violence. She only wanted to push her medical opinion on the coronavirus. For this Dr. Gold was placed in the front row of the FBI’s most wanted release.

In mid-January, Dr. Simone Gold was arrested after she was filmed inside the U.S. Capitol on Jan. 6. Dr. Simone is not Antifa. She did not cause any damage. She stood with a megaphone and spoke out against the insane U.S. Covid policies. She was simply exercising her freedom of free speech.

“I was paid a visit by the FBI in a Roger Stone kind of takedown moment, which is quite uncalled for. You know, if anybody wanted to get a hold of me, they could have picked up the phone and called. I’m very easy to find. But there were literally twenty guys with guns blazing, [and they] broke down my door,” Gold narrated.

On Thursday, Dr. Simone Gold pleaded guilty  to a class A misdemeanor count, “entering and remaining in a restricted building charge.” Dr. Simone Gold is set to be sentenced on Jun. 16.

On Thursday morning, Gold pleaded guilty to one count of entering and remaining in a restricted building or grounds, a misdemeanor.

The charge carries a potential penalty of up to one year in jail.

At the hearing before U.S. District Judge Christopher Cooper, Gold confirmed that under the plea agreement, she will cooperate with the government investigation. Specifically, the plea agreement calls for Gold to provide information as to her behavior, statements, and social media postings “in and around” Jan. 6, and to sit for an interview with investigators prior to sentencing. She will also pay $500 in restitution. 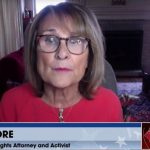 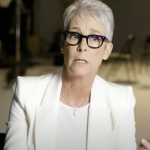