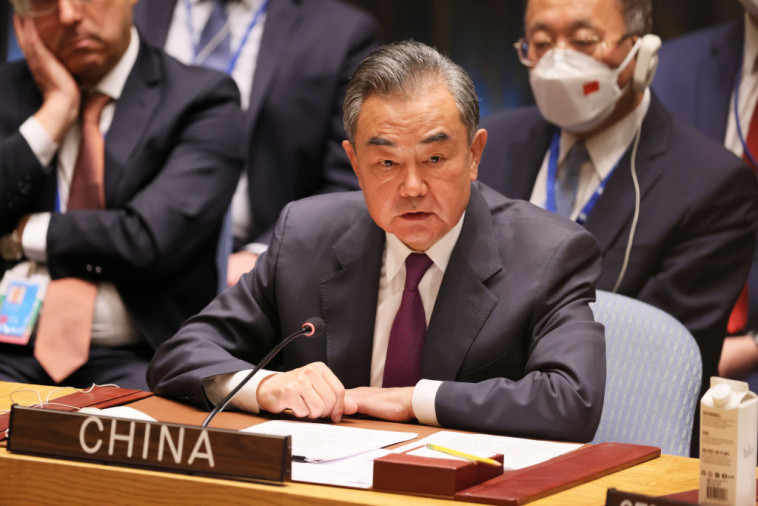 China’s top foreign relations official said that Taiwan independence was a charging “gray rhino” that needed to be stopped during an event in New York late this week.

Foreign Minister Wang Yi took aim at Taiwan during his Thursday comments at the Asia Society in New York while he was attending meetings at the U.N.

“Taiwan independence is like a highly disruptive gray rhino charging towards us that must be stopped resolutely,” he said at the event. “We have always worked with the greatest sincerity and effort to pursue peaceful reunification, but we will never tolerate any activity aimed at secession.”

In the past, the term “gray rhinos” has been used by Chinese officials to describe a financial risk. Wang also discussed Taiwan on Saturday during an address to the U.N. saying that those who stood in the way of reunifying the mainland and the island would be “crushed by the wheels of history.”

“Only when China is fully reunified can there be true peace across the Taiwan Strait,” he added in his first in-person speech at the venue in two years. “The PRC government is the sole government representing all of China.”

The strong language from Wang followed President Biden saying in an interview with “60 Minutes” that the U.S. Military would engage in war with communist China if China attacked Taiwan. Biden’s statement that was quickly walked back by the White House.

Biden made the remarks during an interview on CBS News’ “60 Minutes” with leftist host Scott Pelley.

Pelley asked Biden, “What should Chinese President Xi know about your commitment to Taiwan?”

“We agree with what we signed onto a long time ago. And that there’s one China policy, and Taiwan makes their own judgments about their independence,” Biden responded. “We are not moving — we’re not encouraging their being independent. We’re not — that — that’s their decision.”

“But would U.S. Forces defend the island?” Pelley asked.

“Yes, if in fact there was an unprecedented attack,” Biden responded.

Pelley said that after the interview, a White House official told the show that U.S. policy has not changed and they refused to say if the U.S. Military would defend Taiwan.

“So unlike Ukraine, to be clear, sir, U.S. Forces, U.S. men and women would defend Taiwan in the event of a Chinese invasion?” Pelley pressed.

Ryan Saavedra contributed to this report.