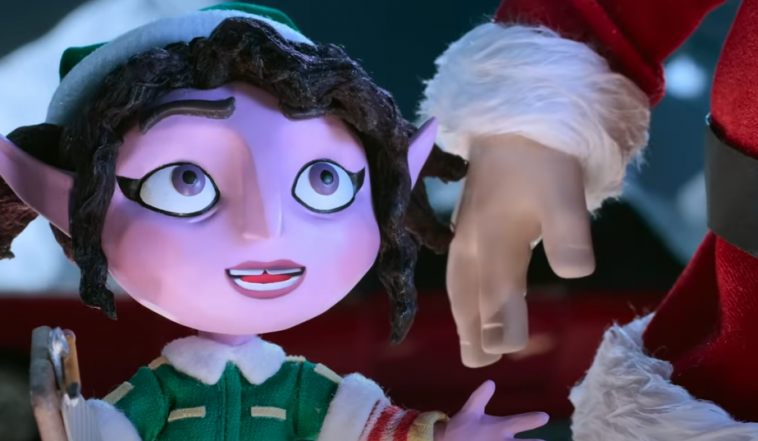 Karma is a certain five letter word that rhymes with “snitch” and Seth Rogen and Sarah Silverman are both dealing with it after their trashy new Christmas series started bombing. 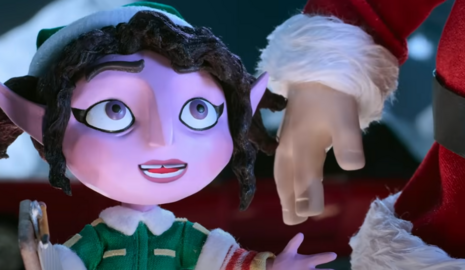 The two comedic actors recently starred in a poorly-animated and really just unfunny adult Christmas series for HBO Max called Santa Inc. which debuted on the streaming platform on December 2, 2021.

And don’t take our word for how lame this series is. On two major media review aggregator sites, IMDB.com and RottenTomatoes.com, the series has absolutely abysmal reviews.

The show stars a foul-mouthed Sarah Silverman (is there any other?) as an ambitious Christmas elf looking to take over the Christmas present delivery gig from an aging and over-the-hill Saint Nick, who’s played by an equally raunchy Seth Rogen.

Of course that lackluster plot idea is rendered even lamer by garbage stop-motion animation that makes even the old Rudolph stop-motion movies look cutting edge, and political jokes mocking the holiday and conservatives in the same breath.

In the series’ “red band trailer,” animated females elves are shown flashing Santa Clause, there are several sexual jokes, and then there are quips directed at wealthy businessmen and the culture of “white privilege” they perpetuate in the North Pole as Santa’s business partners.

There’s also one obnoxious dig directed at American right wingers, who we all know that both Rogen and Silverman loathe with a passion. In the trailer, Silverman’s elf tells Rogen’s Santa, “Good news, sir, more Americans believe in you than they do in vaccines or the holocaust.”

Oh wow. How will conservatives ever recover? Though of course the trailer frames that cheap shot as if it is the comedic centerpiece of the whole series – like that’s the good stuff right there. Well if woke humor is the heart of the series then it should confuse absolutely no one as to why the series bombed.

On IMDB.com, Santa Inc. currently has a rating of 1.1 stars out of 10. That’s the average score from nearly 9000 reviews. One of the site’s top reviewers, wrote,  “Really really bad, pushes political correctness to the point it makes you want to vomit. Seems like it was created to ruin Xmas.” Ouch.

On RottenTomatoes.com – which gives out both a critic aggregate score and a user aggregate score – the user score sits at a pathetic 4%, meaning only 4% of people who watched it and commented on the series liked it. Strangely there was no critic score for this product, as not enough professional film critics wanted to take a look at it.

Hmm. We’ve not encountered that too often. That probably doesn’t reflect too well on the show.

Though Seth Rogen blamed the failure of his show on his political enemies. On December 2, Rogen tweeted, “We really pissed off tens of thousands of white supremacists with our new show #SantaInc which is now available on HBOMAX! (Please read the responses to this tweet for confirmation).”

Or – OR – the show is just that bad. That is a possibility.