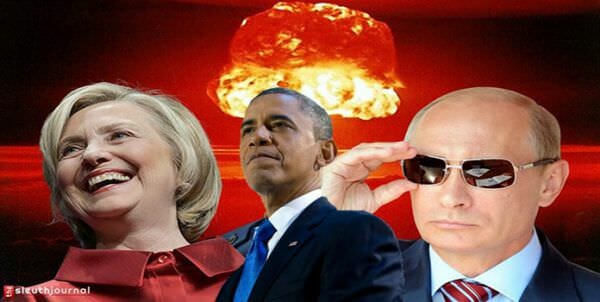 A Hillary Clinton campaign operation to plant a false rumor about Donald Trump setting up a “secret hotline” to Moscow through a Russian bank was much broader than known and involved multiple U.S. agencies, according to declassified documents and sources briefed on an ongoing criminal investigation of the scheme.

In addition to the FBI, the 2016 Clinton campaign tried to convince the Obama administration’s State Department, Justice Department and Central Intelligence Agency to look into the hoax, and continued pressing the issue even after Trump was inaugurated in January 2017.

The goal was to trigger federal investigative activity targeting her Republican rival and leak the damaging information to the media.

“The Clinton machine flooded the FBI with pressure from a number of angles until investigations of Trump were opened and reopened,” said one of the briefed sources who spoke on the condition of anonymity to discuss a sensitive law enforcement matter. “The deception was wide-ranging.”

Special Counsel John Durham outlined the FBI part of the scheme in a felony indictment of Michael Sussmann. The former Clinton campaign lawyer was charged last month with making a false statement to the former general counsel of the FBI when he claimed he was not working “for any client” in bringing to the FBI’s attention allegations of a secret channel of communication between computer servers in Trump Tower and the Alfa Bank in Russia.

According to the indictment, Sussmann was in fact acting on behalf of clients including the Clinton campaign, and an unnamed tech executive who RCI has previously reported is Rodney L. Joffe, a regular adviser to the Biden White House on cybersecurity and infrastructure policies.

Internal emails reveal the Clinton operatives knew the links they made between Trump and Russia were “weak,” even describing them as a “red herring,” but fed them to investigators anyway. After Sussmann’s meeting with the FBI in September 2016, the Clinton campaign approached the State Department the following month with the same lead, this time using paid Clinton campaign subcontractor Christopher Steele to feed the rumors. A former British intelligence officer, Steele was offered as a reliable source to help corroborate the rumors. On Oct. 11, 2016, Steele gave his contact at Foggy Bottom documents alleging that a supposed hidden server at Trump Tower was pinging Moscow.

Two days later, a State official who previously worked under former secretary Clinton funneled the information to the FBI’s then-top Eurasia/Russia counterintelligence official, Stephen Laycock, according to recently declassified notes and testimony. Laycock, in turn, forwarded the information to Peter Strzok, the FBI agent who led the investigation of Trump and his campaign and had just weeks earlier texted a bureau lawyer, “We’ll stop [Trump from being elected].”

“I informed Peter Strzok and another supervisor,” Laycock testified last year in a closed-door Senate hearing.

Steele, who later confessed he was “desperate” to defeat Trump, was the author of the debunked dossier claiming Trump colluded with Russia to steal the election. He even misspelled the name of the Russian bank as “Alpha.” Still, the FBI took his rumors seriously enough to interview tech vendors working for the Trump Organization and obtain warrants to search Trump Tower servers. Within days of receiving the State Department tip, Strzok also used Steele’s dossier to secure a wiretap on Trump adviser Carter Page.

The Clinton campaign did not let up even after Trump won the election.

In mid-November 2016, it enlisted top Justice Department official Bruce Ohr – whose wife, Nellie, worked for Fusion GPS – to add credibility to the Alfa rumors. That month, Ohr advised the FBI that Steele had told him that the Alfa Bank server was a link to the Trump campaign. Then in early December, Ohr met with the FBI case supervisor who worked for Strzok at least twice. Declassified notes and other records show that during those meetings, Ohr provided him with thumb drives he had received from paid Clinton opposition researcher and Fusion GPS co-founder, Glenn Simpson, and Ohr’s wife and Simpson’s colleague, Nellie. Quoting his Clinton sources, Ohr insisted the alleged backdoor computer channel between Trump and Alfa was real.

The FBI spent months investigating the claim, eventually dismissing it as baseless. After the FBI closed the case, Sussmann turned to the nation’s top intelligence agency for assistance, as RCI first reported.

In December 2016, Sussmann called then-CIA Director John Brennan’s general counsel – Caroline Krass – to set up a meeting to brief her about the same Alfa Bank rumors. Krass expressed interest in the tip. Then in early February 2017, officials from her office formally sat down with Sussmann for more than an hour to discuss the Trump-Russian bank rumors. Sussmann provided them updated versions of the materials he had handed off to the FBI.

The CIA, in turn, referred the rumors to an FBI liaison for further investigation, according to the sources briefed on his case. Strzok was the lead FBI liaison to the CIA at the time.

Among the documents Durham has obtained is a CIA memo memorializing the meeting with Sussmann, according to the sources. In his grand jury indictment, Durham accused Sussmann of also misleading the CIA, which he referred to only as “Agency-2.” The special counsel alleges that Sussmann, as he did when meeting with an FBI official, had also failed to inform contacts at Langley that he was representing a client – in the latter case specifically Joffe – tied to the Clinton campaign operation and who had been promised a high-level job in a Clinton administration.

Billing the Democrat’s campaign for his work on the “confidential project,” Sussmann recruited Joffe and a team of federal computer contractors to mine proprietary databases containing vast quantities of sensitive, nonpublic Internet data for possible dirt on Trump and his advisers. In a new court document filed last week, Durham revealed his team has obtained more than 80,000 pages of documents in response to grand jury subpoenas issued to more than 15 targets and witnesses, including the computer contractors. Among others receiving subpoenas: political organizations, private firms, tech companies and other entities, including a major university — Georgia Tech — which allegedly participated in the Clinton conspiracy as a Pentagon contractor. Some witnesses have been granted immunity and are cooperating with prosecutors, the sources close to the probe said.

“While Sussmann may have hidden his work for the Clinton campaign, this was obviously a useful attack on Trump,” Turley said. “One would expect a CIA official to express reluctance in an investigation that would have a largely domestic focus. But as with the FBI, the Clinton campaign found eager officials to move on any such allegation.”

The CIA is largely barred from collecting information inside the United States or on American citizens.

“The CIA has no business involving itself in a domestic political issue,” Judicial Watch President Tom Fitton told RCI. “The evidence suggests the primary purpose of the meeting was political.”

Fitton said his watchdog group has filed a Freedom of Information Act request with the CIA demanding all records generated from the contacts Sussmann had with the agency in December 2016 and February 2017.

The next month, acting on Jones’ recycled tip, FBI agents visited the offices of the Pennsylvania company that housed the Trump server, which was actually administered by a third-party hotel promotions firm – Cendyn, based in Florida. But their second investigation proved to be another dead end. The sinister communications Jones claimed were flowing between an alleged Trump server and Alfa Bank were found to be innocuous marketing emails. In other words, spam.

Sources say it is odd that FBI headquarters continued to pursue the allegations, because internal FBI communications reveal that the bureau’s own cyber sleuths had pooh-poohed them within days of Sussmann’s briefing, RCI has learned.

Strzok himself had been briefed on that assessment of the materials Sussman dropped off at headquarters on Sept. 19, 2016. In fact, in a Sept. 23, 2016, internal message to Strzok, an FBI official relayed his preliminary findings following an interview with Cendyn, the Florida marketing firm that managed the alleged Trump server.

“Followed up this morning with Central Dynamics [Cendyn] who confirmed that the mail1.trump-email.com domain is an old domain that was set up in approximately 2009 when they were doing business with the Trump Organization that was never used,” according to the message.

Reacting to the Durham indictment, Strzok recently tried to distance himself from the Alfa scandal, insisting in a Lawfare blog: “I had a minor role in the events in question, insofar as I transferred the material Sussman gave to Jim Baker, the FBI’s general counsel at the time, to the personnel who ultimately supervised and looked into the allegations.”

Echoing other critics, Strzok complained that Durham – who originally was tapped to investigate the origins of the Russia “collusion” investigation by Trump’s Attorney General Bill Barr – is conducting a partisan witch hunt on behalf of Trump.

Strzok’s claims notwithstanding, Barr’s successor, the President Biden-nominated Attorney General Merrick Garland, testified last week that he has renewed funding and staffing for Durham’s far-reaching investigation for the next fiscal year. “[Y]ou can readily assume his budget has been approved,” Garland assured Republicans on the House Judiciary Committee.