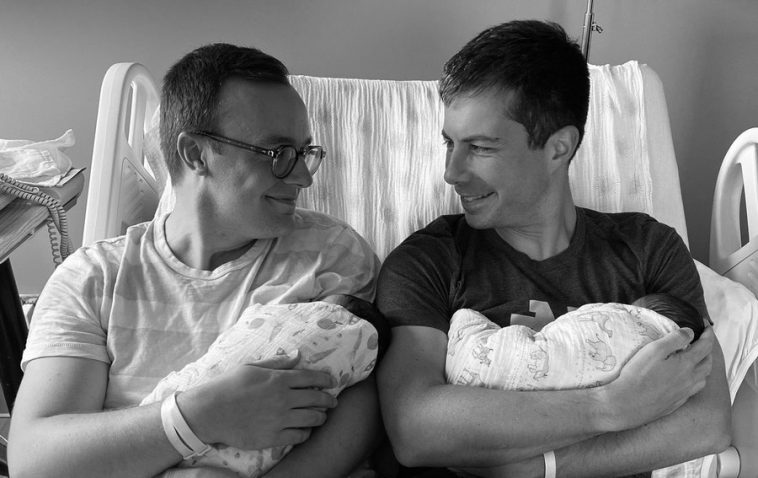 Failed 2020 presidential candidate and current Transportation Secretary Pete Buttigieg, who recently returned from six weeks of paternity leave, hypocritically defended Democrats’ decision to exclude paid family leave from their funding bill on Sunday, stating that “nobody gets everything that they want” in such a massive bill.

On Sunday’s “State of the Union,” CNN’s Dana Bash challenged Buttigieg on the topic, playing a footage of the former Democratic presidential candidate pushing for paid family leave on the same show just two weeks previously.

“It is long past time to make it possible for every American, mother, and father, to take care of their children when a new child arrives in the family,” Buttigieg said earlier this month.

“What do you say to the more than 100 million Americans who don’t have access to the kind of paid family leave you just benefited from and don’t understand why the administration didn’t fight harder to keep it in the bill?” On Sunday, Bash questioned Buttigieg.

Buttigieg defended the bill, claiming that it contains provisions for family aid and is “the most important pro-family legislation of my lifetime.”

“When you have a successful policy, when you deliver major positive transformational change in the lives of Americans, you are rewarded with more running room to do more great things,” Buttigieg explained. “I firmly believe that idea that good policy is good politics, and this framework is good policy.”

He continued, “obviously, when you put together something this big and this complex, nobody gets everything that they want.”

“The president has been clear about that; I don’t think anybody crafting their perfect package in their mind would see it reflected here, because this reflects the input of so many different people, including bipartisan work on the infrastructure side, and a very ideologically diverse big tent party on the family stuff,” he added.

When Buttigieg and his husband Chasten welcomed newborn adopted twins in August, he took several weeks of tax-payed funded paternity leave. The transportation secretary was chastised for devoting so much time to the couple’s twins during a time when Congress was considering the Biden administration’s $3.5 trillion infrastructure proposal, the Build Back Better Act, and the country was dealing with a supply chain crisis.

Buttigieg has defended his decision to take paid family leave, stating that he will “not going to apologize” for caring for his twins and that “it’s helped us have a conversation about parental leave.”

“Every American ought to be able to get paid parental leave. That’s something that the president believes in and has proposed. It’s something I believe,” Buttigieg stated earlier this month during an appearance on the worst show on television, “The View.”

“If there’s this idea that maybe men have access to paternity leave, but it’s frowned on if they actually use it, then obviously that doesn’t work for a marriage like mine, but also for a man who’s married to a woman,” Buttigieg said. “That carries with it the assumption that the woman’s going to do all the work. That just makes no sense in the 21st century.”

Buttigieg cautioned that the supply chain crisis in the United States will certainly endure for months, if not the entire holiday season.

“Certainly a lot of the challenges that we’ve been experiencing this year will continue into next year,” Buttigieg told CNN earlier this month.