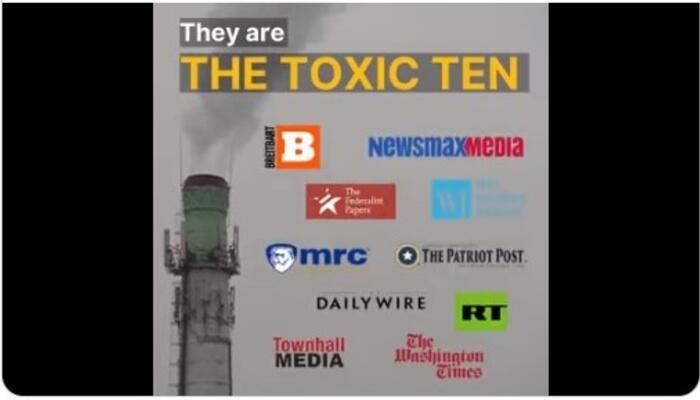 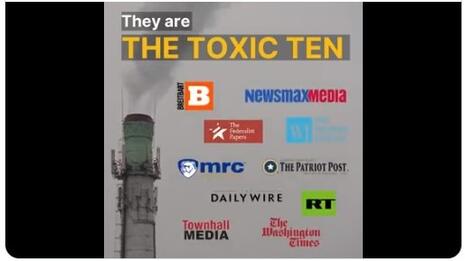 A British socialist group calling itself the Center for Countering Digital Hate has issued a report on what it calls the “Toxic Ten” – so-called “fringe” websites spreading “climate change denial.” The ten include our group, the Media Research Center, as well as Breitbart, the Daily Wire, Townhall Media, Newsmax, The Washington Times, and The Western Journal.

So any challenge to Greenpeace climate-crackdown orthodoxy is now classified as “toxic” and “digital hate.”

Once again, the Left wants to win debates by stopping any debate from happening. The founder of this “Digital Hate” squad is a  man named Imran Ahmed, who previously co-authored the book The New Serfdom: The Triumph of Conservative Ideas and How to Defeat Them, with Angela Eagle, a Labour Party member of Parliament.

Ayatollah Imran can already count on jihad from the “objective media.” Their British socialist friends at The Guardian newspaper awarded their report with the headline “‘Super polluters’: the top 10 publishers denying the climate crisis on Facebook.”

Offering any criticism of climate panic (and climate policy) is “super polluting.” Does this sound like Science, or does it sound like political hyperbole? Naturally, Ahmed told The Guardian that “Big Tech is once again on the wrong side of science, truth and human progress.”

On Twitter, Zakrzewski gushed “The nonprofit has been effective in drawing policymakers’ attention to falsehoods on social media, as it did with its ‘disinformation dozen’ report earlier this year.” 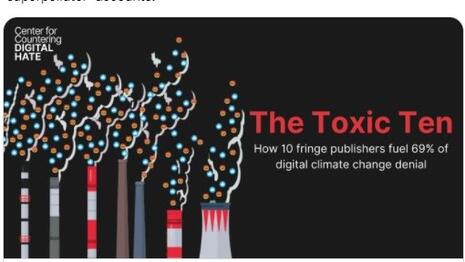 The Post reporter avoided any evidence of “falsehoods” by engaging with conservative articles. She blithely wrote that “For years, Facebook has faced pressure to issue a broad ban on climate misinformation,” and that somehow doesn’t strike her as distasteful censorship.

My column on Climate Depot founder Marc Morano’s book Green Fraud was pictured under the Daily Wire section of the report. The MRC section is illustrated with a Joseph Vazquez article on NewsBusters about…Marc Morano. He’s apparently Digital Hater Number One.

In my Morano column, I noted that the Climate Panic lobby is never held accountable for failed predictions of doom from decades ago. In one PBS series called Race to Save the Planet, Meryl Streep claimed “By the year 2000 — that’s less than 10 years away — the earth’s climate will be warmer than it’s been in over 100,000 years. If we don’t do something, there’ll be enormous calamities in a very short time.”

In 2021, that can be defined as climate misinformation.

But panic helps Democrats sell a crackdown. The Post story quoted Sen. Sheldon “Whites Only” Whitehouse complaining “Facebook and other social media companies make money when they send users down rabbit holes of climate change denial, That’s a very dangerous business model for the future of the planet.”

Apparently, the “business model” is this: only the leftists get to talk on climate policy. Everyone else should be suppressed. No one is allowed to question the failed predictions and overwrought “solutions” of climate experts like Greta Thunberg and Alexandria Ocasio-Cortez.

The Washington Post should embrace their business model with the slogan “Climate Democracy Dies in Darkness.”