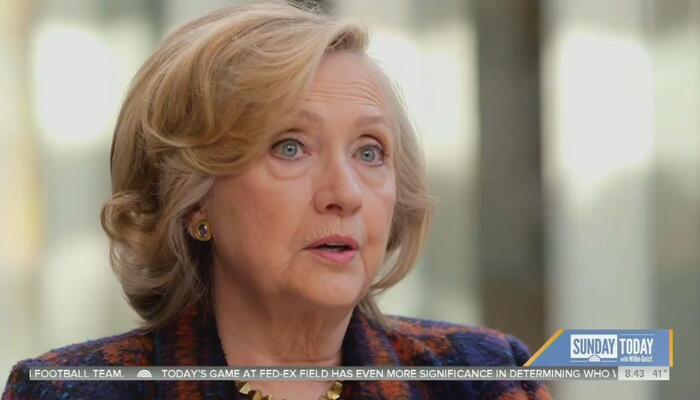 As Christmas approaches, the network “news” divisions have showered the Bidens with gifts. NBC late-night host Jimmy Fallon gave President Biden a free platform for 16 minutes on December 10 and hailed him as a “classy guy” who brought “class back” to the White House. Two days later, CBS reporter Rita Braver gushed for 10 minutes over Biden and his wife Jill – or “Dr. B,” as Braver called her – on Sunday Morning. 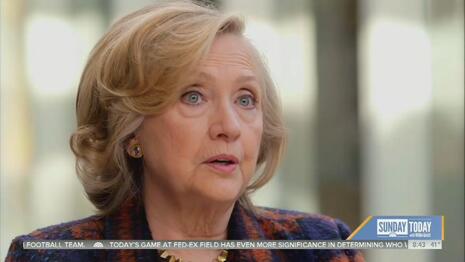 You didn’t even have to win the presidency to be handed a shiny platter of publicity. On Sunday Today, NBC’s Willie Geist offered 12 minutes of softballs to Hillary Clinton, still complaining about losing to Donald Trump in 2016. The publicity hook was her business deal with Masterclass.com (no financial disclosures included) to talk about “resilience,” and part of this seminar includes Hillary mawkishly reading her 2016 victory speech.

Geist, who usually throws softballs at singers and actresses, asked a series of feel-your-pain questions. “So how did you read and then deal with the criticism that you’ve received, which includes people calling for you to be locked up?”

Hillary claimed “What I learned was to take criticism seriously, but not personally. You mentioned lock her up. What an absurd and in many ways, dangerous attack because we’re supposed to live in a society governed by the rule of law, and the people chanting that and yelling it at me, first of all had no idea what they were talking about.”

And as an NBC butler, Geist didn’t explain the point – that Hillary used a private e-mail server as Secretary of State and sent classified information on it, which has caused some public servants to serve time in prison.

Geist had more questions about Hillary’s pain. “So how painful was it for you and has it been to watch the country since that day?” She hated Trump’s “outrageous” inaugural address, but then said “it was what he did, and how he abused the office and how he mistreated people.”

NBC had no question about the Clintons abusing the office and mistreating people, from Monica Lewinsky – who Hillary called a “narcissistic looney toon” – to the White House Travel Office people she had fired for no good reason as they came into power.

After all, it was NBC’s Matt Lauer who infamously nudged Hillary to blame a “vast right-wing conspiracy” for his abusive sexual behavior in the White House. Lauer told her if she believed her husband’s denials, then “you’d have to agree that this is the worst and most damaging smear of the twentieth century.”

NBC’s Willie Geist eagerly tees up Hillary’s shot at Republicans: “Honestly, they have hung their spines up on the wall as they walk into their offices. They have no conscience. They have no spine.”

Seems like it’s NBC that has no spine. pic.twitter.com/U46uiRcMx5

But Hillary wasn’t done. She accused the Republicans of going along with Trump every step of the way. “Honestly, they have hung their spines up on the wall as they walk into their offices. They have no conscience. They have no spine. And we are seeing the results of a party that has been taken over by a demagogue.”

Geist later asked about her feelings of guilt as Trump prepares for 2024: “So given everything you’ve just described, do you ever have moments of responsibility or even guilt about what’s happened?” Hillary said “Of course. Because I tried to warn people. I tried to make the case that this was really dangerous….And I do think but for Jim Comey and the stunt he pulled 10 days before the election, I would have won.”

After watching the Biden and Clinton interviews, we can say “Honestly, the network news people have hung their spines up on the wall as they walk into their offices.”