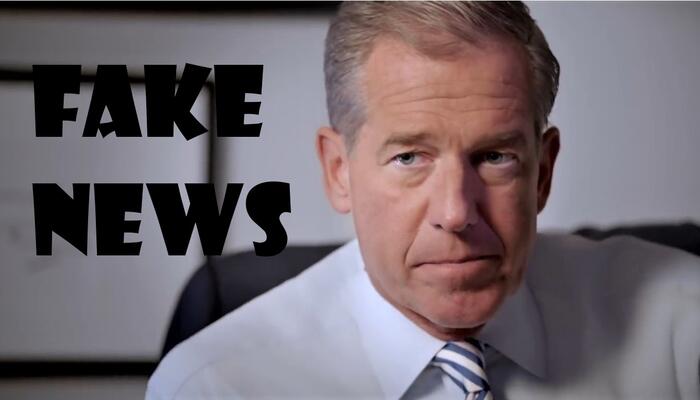 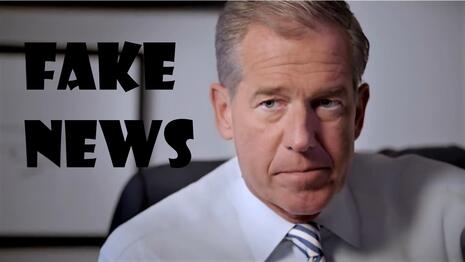 Brian Williams, dismissed as NBC Nightly News anchor in 2015 for serial embellishment and lying, has decided to walk away from his MSNBC show The 11th Hour. CNN’s Brian Stelter – from a competing network – previewed the last show: “There’s no word on what the Thursday finale will entail, but here’s hoping for a sendoff befitting his position.”

Williams should be sent off with a lump of coal.

Stelter wasn’t quite as bad as one of his favorite Sunday-show guests, journalism professor and former Baltimore Sun reporter David Zurawik. “I have separation anxiety about Brian Williams leaving at 11:00 because it means so much. We’re losing big stars in this medium and I don’t know what the impact is.” He also included Chris Cuomo and Rachel Maddow in this lickspittle sendoff.

Separation anxiety? This is not a case of “sometimes when we touch, the honesty’s too much.”

In case anyone forgot, Williams uncorked a series of tall tales that caused him to resemble Jon Lovitz’s Saturday Night Live character Tommy Flanagan the Pathological Liar, who said he was married to actress Morgan Fairchild, and added “yeah, that’s the ticket!”

Williams claimed Secret Service agents helped him meet and shake hands with Pope John Paul II at Catholic University in 1979. He claimed he was present at the Brandenburg Gate in 1989 when the Berlin Wall fell, although the only American broadcaster on the scene was his NBC predecessor Tom Brokaw.

The worst exaggeration of his exploits was in war zones, imagining himself in great peril. He claimed he was on a Chinook helicopter hit by a rocket-propelled grenade in Iraq, at one point comparing his experience to “Black Hawk Down meets Saving Private Ryan.” He also claimed that he not only flew into Iraq in 2003 with Seal Team 6, they later sent him gifts and souvenirs from the raid to kill Osama bin Laden.

The conventional wisdom in 2015 revolved around whether Williams could remain in journalism at all after this debacle. Then NBC picked him up, dusted him off, and put him on MSNBC, first as a “breaking news” specialist, and then the 11th Hour show, which then doubled from 30 to 60 minutes.

Williams, like everyone else on MSNBC, spends his on-air hours ripping on Republicans – like deriding Ted Cruz in May as “Kremlin Cruz.” But he’s most vividly remembered as one of the most embarrassing Obama-polishers in the press. Twice in 2008, he handed a glowing magazine cover story to his hero Barack and asked him to comment on how wonderful he felt about it.

During that year’s Republican convention, Williams asked Michelle Obama “What of the attacks has busted through to you? What makes you angriest at John McCain, the Republicans? What’s being said about your husband that you want to shout from the mountain tops is not true?”

When Obama won the first time, Williams announced: “This nation woke up this morning changed. As one columnist put it, America matured in 2008 by choosing Barack Obama.”

All of this underlines Williams fell to the floor in his obsequiousness toward the Obamas. But he was shameless enough to mock others as up someone’s intestine in June. “If [Texas Gov. Greg] Abbott wants to, say, run for President, he must be more further ensconced in a particular area of Trump’s anatomy than even [Gov.] Ron DeSantis of Florida. And that won’t be easy.”

The Republican half of America will have no anxiety whatsoever over Williams separating from his MSNBC safe space.