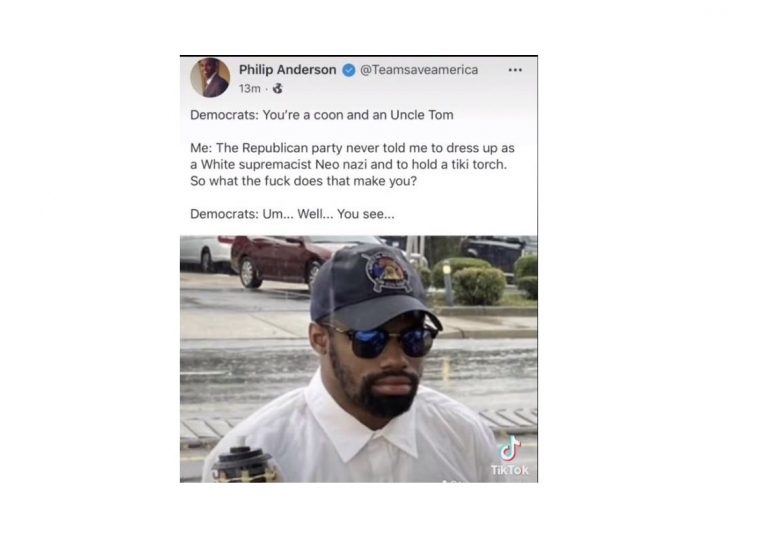 Philip knows this because he was next to her when she died. He was holding her hand. And Philip nearly died himself.

Activist Philip Anderson spoke with The Gateway Pundit about the Jan. 6 protests at the US Capitol and how the Capitol police murdered Rosanne Boyland and nearly took his life too.

This was an amazing eyewitness report that has been ignored by the fake news media because it does not fit their narrative. A black Trump supporter was gassed with clouds of pepper spray, pushed down, and then nearly trampled to death as police officers continued to push people on top of a pile outside the US Capitol.

Pelosi’s Jan. 6 Committee never called in Philip to testify. They don’t want to hear about the Capitol Police killing another woman on that day.

This weekend Philip Anderson won the internet with this social media post. Philip was posting on this foolish man used by the Democrats last week in their racist stunt at a Glenn Youngkin bus.

Philip was banned by Twitter for being an outspoken black conservative activist.

So this was on his TikTok page.