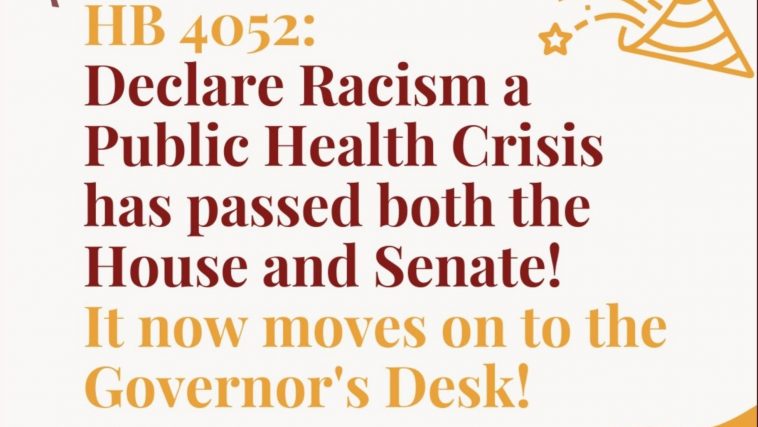 Racism is now officially considered a “public health crisis” in the state of Oregon.

This week, both the Oregon House of Representatives and Senate voted to pass HB 4052, which declares “racism” as a “public health crisis” and will allocate millions of dollars in taxpayer funding to specific populations based solely on their race.

In other words, the bill aims to combat health inequities by, effectively, enshrining racism into state law. It explicitly excludes whites from the program entirely.

From the Oregon state website’s overview of the bill:

…to develop recommendations on how to fund robust culturally and linguistically specific intervention programs designed to prevent or intervene in health conditions that result in inequitable and negative outcomes for individuals who are Black or indigenous, people of color and members of tribes.”

However, there is a small carve out that could allow for some whites to be allowed into the program if they identify as a member of the LGBTQ community – because that somehow has to do with “racism” – but there is a qualifier that they have to be negatively affected either directly or indirectly by racism, so maybe they just have to claim to have a Rachel Dolezal-style transracial situation going on to gain eligibility.

Individuals who will be eligible for the program were listed in the text of the bill as follows:

“’Communities of color’ means members of the following racial or ethnic communities:

(A) Communities of color
(B) Oregon’s nine federally recognized tribes and the descendants of the members of the tribes
(C) Immigrants
(D) Refugees
(E) Migrant and seasonal farmworkers
(F) Low-income individuals and families
(G) Persons with disabilities; and
(H) Individuals who identify as lesbian, gay, bisexual, transgender or queer or who question their sexual or gender identity.”

The measure is likely “constitutionally illegal” because of the race-based qualifications, according to State Representative Anna Scharf, who voted against its passing.

She explained her decision in a letter published last week:

“[HB 4052] allocates almost $2 million to this program which will only serve specific populations based on race and ethnicity. it does nothing to address health inequities of all people, just specific ethnic groups, and may even be constitutionally illegal. Therefore, I voted no.”

Unfortunately, Scharf and the few others who voted against the measure were unable to stop it from being green-lit.

After passing through the democrat-controlled legislature with ease, the unconstitutional bill is set to head to radical progressive governor Kate Brown to be signed into law, which is expected sometime this coming week.

The Oregon Health Equity Taskforce is excited to share the passage of House Bill 4052 by both Oregon legislative chambers! The next step for this bill is Governor Kate Brown’s signature. pic.twitter.com/XPVVOEqdmS 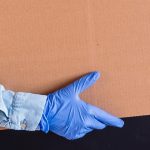 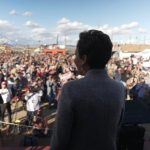