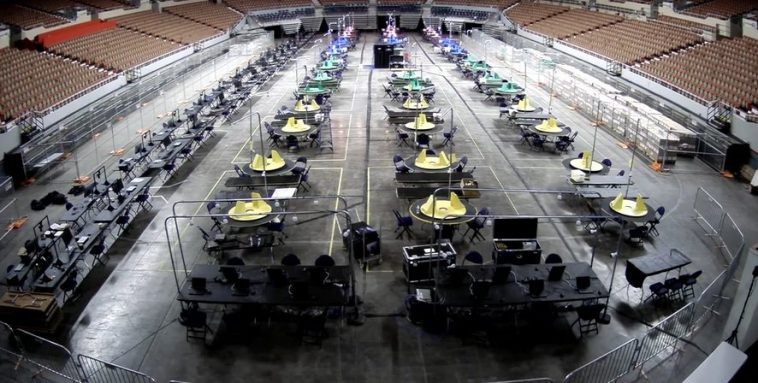 In a recent interview CEO Doug Logan of Cyber Ninjas was asked to rank aspects of Maricopa’s County’s 2020 Election. Jovan Pulitzer conducted the interview with specific and very telling questions. Logan speaks freely about a lot of topics and rates what he thinks of Maricopa elections on a scale of 1 to 10, ten being best. He also makes some stunning disclosures we list at the bottom.

Database Purged Before EAC Arrived: Logan says “The election database was cleared the day before Maricopa held their own audits with Pro V&V and SLI. We’ve known from the beginning those weren’t real audits. They weren’t looking at anything associated with the election results. And they couldn’t because the database was purged before they (EAC vendors) came in. There were no results for them to look at. And that further confirms they never looked at the data of the (election) results. That blew my mind because there are literally logs that say – at this time, on this date, they clicked an option that said Purge Database.” Logan said there is no history of Maricopa conducting this purge in any previous elections, which contradicts Maricopa’s Congressional testimony this “archive was a normal procedure”.

Dominion Invited To Watch: Logan said before they made digital copies of various election machines using forensically approved techniques: “We actually invited Dominion to watch us when we touched their machines. We told them if you want to make sure we’re doing it right, send somebody down. We also notified the County that we were glad to have Dominion watch us. So why didn’t they send anybody? They would know it was done right and they would have to attest to it.”

Ballot Curing: Many voters were contacted by the elections department to “cure” and fix issues with their ballots. But different phone numbers were provided to Democrats voters. No one answered the those phone numbers provided to Republican voters. Logan says “The Republicans figured this out and started handing out the Democrat phone numbers so they could get ballots cured”.

Subpoena Special Master: Maricopa agreed to provide additional data like router splunk logs through a designated 3rd party, a Special Master. Logan said: “The way it’s laid out is CyFIR’s Ben Cotton is essentially playing blind chess. The other player (Maricopa) can see the pieces and Ben’s got to do it blind. I think Ben Cotton is world class and can do that. I have a lot of confidence in him. He detected a breach while conducting a demo for the Federal OPM. There’s maybe 20 people in the world that can do something like that. We’ve got the best of the best working on this.”

Q: Did you have free rein in your report to describe what you found with total freedom an auditor normally has?  Logan said he agreed with the Senate early on that the audit report should be fact based, with no opinions. But then he said: “There was a week or two at the end, where you know they (Senate) had copies of it. There were a number of things they didn’t like the wording of. And I didn’t necessarily like what their new wording was. I told them I would come up with wording that I felt solid with, and I did that. So no, I didn’t have quite the free reign you normally would have in an audit. But I don’t think it compromised the integrity of the report.”

Vendors that Cyber Ninja’s thought they could originally rely on were intimidated. Their own associations, like people in forensics, threatened memberships and would blackball those who participated in the audit. A lot of people Logan trusted would not get involved. They would answer a few questions but were just scared to deal with the cancel culture. We know who has courage, only Doug and Jovan know who doesn’t.