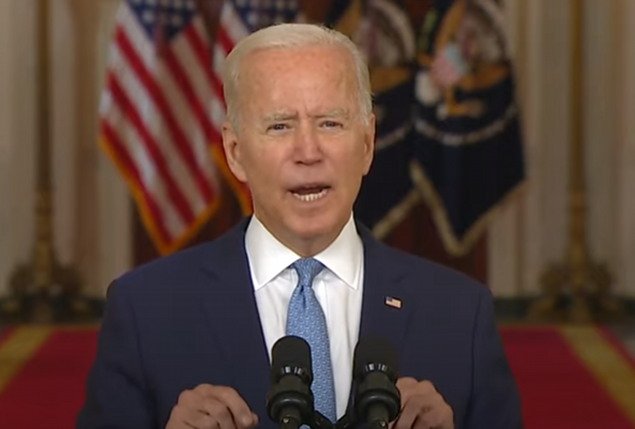 The delusional Joe Biden White House thinks his awful poll numbers are the result of a communications problem.

In order to believe this, they would have to overlook the economy, inflation, empty store shelves, the mess at the southern border, the botched withdrawal from Afghanistan, Biden’s inability to take questions from reporters and more.

These people are fooling no one but themselves. This is not a messaging problem.

With Joe Biden’s numbers crashing into the basement, Biden’s team is at a loss as to what to do.

A new CBS/YouGov poll showed killer numbers, particularly when it came to the economy, as well as independents and young people just leaving him in droves.

But the Biden team thinks they’ve hit on the problem. At least this is the rationale that they’re giving out to the media.

It’s just that poor old Joe needs a new communications strategy, that’s all. They just need to explain him better than they have so far by trying to hide him as much as they can.

Biden’s reset plan, senior administration officials said, is to make his conversations with members of Congress less of a public priority and to emphasize spending more time communicating directly with Americans. The officials said that the White House will continue negotiations with Congress over Biden’s legislative priorities but that it would stop releasing details of the talks to the public.

“There is a recognition that we need to change that dynamic,” a senior administration official said, adding that Biden has told aides and lawmakers that he intends to make the shift…

“Oftentimes in modern history when a president has frustrations and drops in the polls, the president will say, ‘It’s now time for me to talk over the heads of the elites and talk directly to the people to convince them that what I’m trying to do is right,’” presidential historian Michael Beschloss said.

Biden’s problem is not that people can’t hear what he is saying.

In fact, it’s the exact opposite.