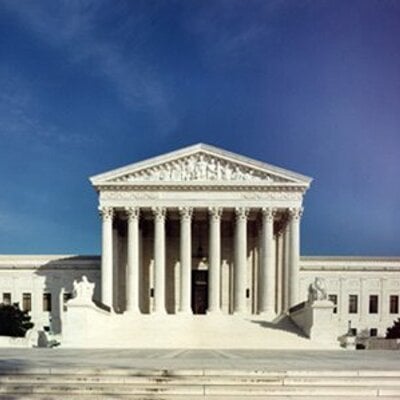 Democrat politicians are renewing their calls to pack the Supreme Court following the oral arguments in the Mississippi 15-week abortion ban case that has potential to unravel Roe v. Wade.

The court is currently made up of six conservative justices and three liberals, after the death of Justice Ruth Bader Ginsberg — and the liberals are not very happy about it.

The court heard arguments in the Dobbs v. Jackson Women’s Health Organization case on Wednesday and legal analysts believe the conservative-majority court is gearing up to strike down the precedent set in Roe v. Wade.

“As a result, Democratic lawmakers have called to remove the Senate filibuster requiring 60 votes to pass legislation to add more seats to the court,” Fox News reports.

“A ‘conservative’ court would uphold precedent. But a ‘partisan’ court may not — and this may be the most partisan court in history,” Rep. Adam Schiff said of the demands to pack the court. “We must protect a woman’s right to choose.”

I worked at Planned Parenthood and know what this would mean for women. If the Court takes this action, led by Republican justices, it’s impossible to argue they are not partisan. #ExpandTheCourt

Rep. Judy Chu urged Congress to pass the Judiciary Act, which would allow them to expand the number of judges to 13.

Thanks to Republican court packing, our Supreme Court has been manipulated to protect GOP political goals, not our Constitution.

From bodily autonomy to voting rights, there’s only one solution: we need to pass the Judiciary Act to #ExpandTheCourt and restore fairness pic.twitter.com/7XokVSdRdM

Sen. Edward J. Markey also tweeted after oral arguments, “9 is not a magic number … We have to talk about expanding the Court now. #ExpandTheCourt”