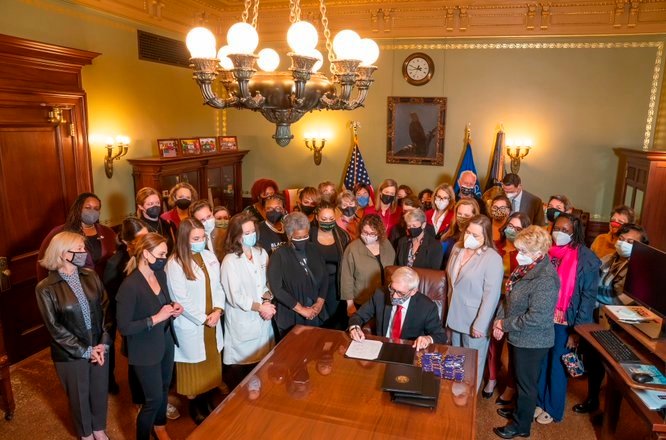 Democrat Wisconsin Governor Tony Evers has vetoed five pro-life bills, including one that would allow the father to sue over an abortion he did not consent to.

One of the bills would have imposed criminal penalties on abortionists who do not provide medical care to babies who are born alive after a failed abortion.

I’ve said it before, and I’ll say it again today: as long as I’m governor, I will veto any legislation that turns back the clock on reproductive rights in this state—and that’s a promise.

NBC News reports, “a second bill Evers vetoed would require doctors to provide the parents of fetuses and embryos that test positive for a congenital condition information about the condition. A third proposal he vetoed would prohibit abortions based on a fetus’ sex, race or national origin. Evers also vetoed that measure in 2019.”

“Killing an unborn baby because of their sex, race or disability is not health care,” said Republican Sen. Julian Bradley in a statement. “This is a radical, pro-discrimination veto from Governor Evers. Wisconsinites deserve to know life is valued whether they are a man or woman, white or black, or have a disability.”

Another of the bills would have made abortion providers ineligible to be certified as a health care provider under Medicaid.

The final bill he vetoed would require doctors to inform women that they can still change their mind after taking the first dose of a medication-induced abortion.

The governor boasted about his vetoes in a post on social media.

“I’ve said it before, and I’ll say it again today: as long as I’m governor, I will veto any legislation that turns back the clock on reproductive rights in this state—and that’s a promise,” Evers wrote.