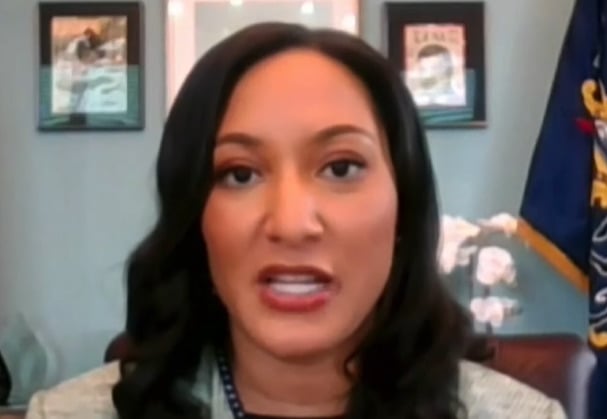 It appears the days of finding out who won an election on the day of voting are gone.

Chapman’s warnings are quite bizarre considering the election has yet to even take place.

According to Pittsburgh’s NPR Station, Chapman was quoted saying “It’s really important for us to get accurate information about the election process in Pennsylvania.”

In the virtual news conference, Chapman also admitted that the state of Pennsylvania is working closely with the FBI and the Department of Homeland Security to combat “threats”.

That wasn’t all though, Chapman would continue to say “Since I’ve been in office in January, we have constantly met with the FBI and Homeland Security just to talk through what the current threat landscape is and tools that we can give our counties to make sure that they have physical security protection as well as cyber security protection,”.

Chapman would even go on NBC and say “We are not going to have results on election night.”

It appears Hillary Clinton’s war cry is in full effect.

After complaining for the past two years that demanding election integrity is dangerous, Hillary Clinton is now saying Republicans are going to steal the 2024 Election. pic.twitter.com/NBrDcxRvQw

They need to figure out how they’re going to cheat and most importantly tell us how honest the election was. LMAO!