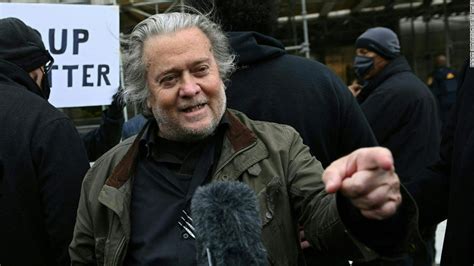 Steve Bannon is not backing down.  He is taking the fight to the corrupt Jan 6 Committee and they’re afraid.

Steve Bannon is being harassed by corrupt government officials in Congress.  (Seriously, if we grabbed some of the most unethical and corrupt individuals in the country, we’d select the same gang running our government.)  These mobsters in DC don’t like being on the defense.  They’re afraid.

Yesterday The Gateway Pundit reported on the court case involving Bannon.  While the corrupt actors in DC are fine with Americans rotting in jail and being beaten by Capitol guards while they wait for court dates for crimes they did not commit, the same mobsters running the House hope to push through Bannon’s misdemeanor case at light speed.

The reaction by the corrupt Jan 6 gang in the House is noticeable, even to leftist mainstream publications like Bloomberg.  In a report yesterday, Bloomberg wrote:

On Tuesday, a federal judge set Steve Bannon’s trial date for next July in his contempt of Congress case for refusing to testify before the Jan. 6 committee. That’s sooner than the October date his lawyers asked for, but it’s still a big blow to the government and the committee, which wanted to move quickly to make an example of Bannon and pressure other witnesses to testify.

Those pressure tactics are failing, at least with the marquee witnesses. Yesterday, former White House Chief of Staff Mark Meadows broke off cooperation with the panel, even knowing he’s likely to get hit with a criminal contempt charge himself. Another witness, former Justice Department official Jeffrey Clark, says he’ll invoke his Fifth Amendment rights.

Outwardly, Bannon’s team was granted a delayed trial date because of the legal issues they raised about whether he was justified in refusing to testify based on his claim—dubious, legal experts believe, but unsettled—that he’s subject to executive privilege as a former Trump White House staffer.

But Bannon’s true purpose all along has been sabotaging the Jan. 6 investigation—or, as he put it with typical hyperbole, turning his contempt charge into “ the misdemeanor from hell” for Attorney General Merrick Garland, House Speaker Nancy Pelosi, and President Joe Biden.

Yesterday’s developments show he’s plainly succeeding. As former FBI Deputy Director Andrew McCabe put it, the effort to force Bannon to testify is probably a “lost cause for the committee.”

Steve Bannon won that round against Liz Cheney and her cronies. It would be a godsend to watch Steve Bannon destroy these corrupt politicians and their fraudulent investigation.
This could get interesting.