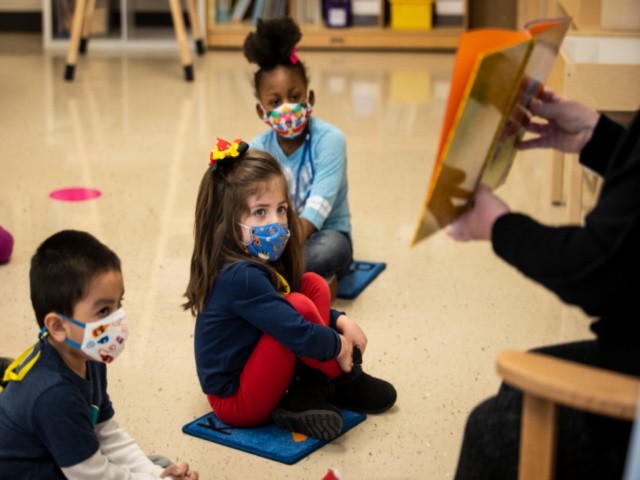 “I’m just curious, you call it that. I have not seen that in any of these bills. Where is that coming from?” DeSantis asked a reporter who questioned him on the measure, falsely labeled by critics.

“You’re in the news business, does the truth matter or not? Is that in any of the bills, yes or no? I understand what you’re doing,” the governor said before walking through the false narratives on the legislation, which he noted was not “his” but something the legislature wanted to purse.

“So I start getting asked this by the media and I’m just thinking to myself, ok, they’re getting spun up, I see — you know how this works, right? And I was like, there is no way it’s true. And I didn’t even look at the bill yet. I just knew it wasn’t true,” he began.

“And so you actually look at the bill, and it says no sexual instruction in grades pre-k through three. And so how many parents want their kindergarteners to have transgenderism or something injected into classroom instruction? And so I think those are very young kids. I think the legislature is basically trying to give parents assurance that, you know, they’re going to be able to go and this stuff’s not going to be there,” he said, emphasizing that there is “nothing in the bill that says anything about you can’t say or this say.”

“It’s basically saying for our youngest students — 4 year olds, 5 year olds, 6 years and 7 – do you really want them to be being taught about — and this is any sexual stuff, but I think clearly right now we see a lot of focus on the transgenderism, telling kids that they may be able to pick genders and all that,” DeSantis said, betting that parents do not want that for their young children.

“I think that’s what they’re [the legislature] trying to do, and I think that’s justifiable. I think it’s inappropriate to be injecting those matters like a transgenderism in a kindergarten classroom,” the governor said.

“At the same time, if you oppose that, you have a responsibility to be honest about it. What about that specifically. Yeah, you can create a false narrative, you can stage a protest, you can do all those things, but you’re not telling the truth about what’s actually there,” DeSantis continued, reemphasizing that he did not have a “dog in the fight because it was not my legislation.”

“The legislature took the lead on it, but when I hear these things and then I look on the paper about what it is, there’s this massive gulf between what it actually says with respect to these very young kids versus what some of these protests in the capital or whatever are about,” he added, noting that some people have not read the bill and accept the leftist narrative, which is false.

People should be “very, very careful” about accepting what they say, he said.

“I haven’t seen any of that in the bills that are actually presented to me,” he said, noting that parent protections for young children is “something I think most parents would appreciate.”

Children, DeSantis added, need to learn the basics, not subjects that are not “age-appropriate.”

Breitbart News also fact-checked the establishment media’s claims on this legislation, noting that it “does not mention any particular sexuality and applies to teaching in ‘primary grades.’” Additionally, it does not mention “gay” or any specific type of sexuality. 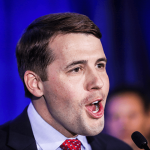