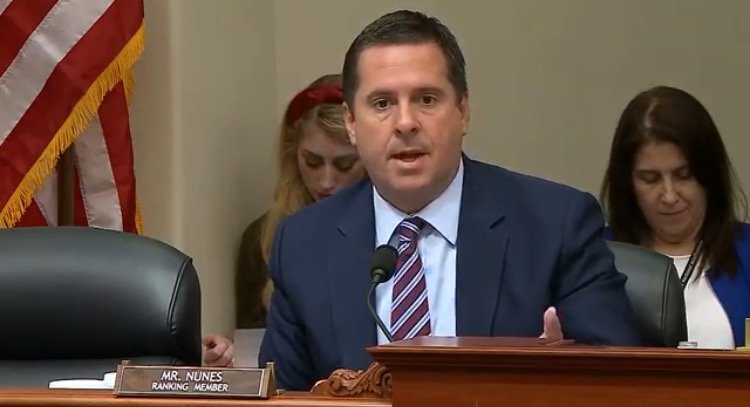 Nunes, the top Republican lawmaker on the House Intel Committee, will be leaving Congress in January.

Nunes, the top Republican on the House Intelligence Committee, will start as CEO of Trump Media & Technology Group, or TMTG, in January.

Read Nunes’s letter to his constituents: Rep. Nunes, a staunch Trump supporter, broke the FISAgate story wide open after spearheaded an investigation into the FBI’s plot to frame Trump in 2016.

In 2018, Nunes released a 4-page FISA memo that revealed the FISA court was misled by Comey, Sally Yates, Rod Rosenstein and Andrew McCabe.

Noted pundit Byron York said the FISA memo also revealed a key point: “The FBI’s Andrew McCabe confirmed to the committee that no FISA warrant would have been sought from the FISA Court without the Steele dossier information.”

Nunes previously sent a dozen criminal referrals to the Justice Department concerning leaks of “highly classified material” and conspiracies to lie to Congress and the FISA court.