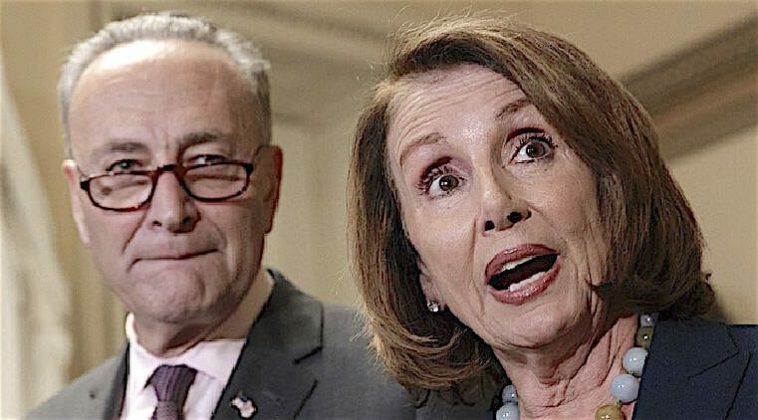 House Democrats on Tuesday evening passed a bill that would set up a process for a debt ceiling hike with a simple majority vote in the Senate.

This fast-track procedure that includes Medicare legislation will expire by January 16 and can only be used one time.

The bill passed the House 222-212 – with RINO Kinzinger being the only Republican to join with the Democrats.

Just one House Republican voted for the deal cut by McConnell to create a new process to fast-track a debt ceiling hike and avert a default: Adam Kinzinger. The bill passed the House, 222-212, and now heads to the Senate

There is a provision in the package that waives PAYGO provisions.

1) As the House is prepping the debt ceiling bill, there is a provision in this package which waives so-called PAYGO (Pay as You Go) provisions. In other words, Democrats are sidestepping mandatory spending cuts under sequestration and eliminating those cuts.

The bill still needs 60 votes in the Senate to overcome procedural hurdles – at least 10 Republicans would have to join Democrats in voting for cloture.

This is where Mitch McConnell stepped in and helped the Democrats.

After a cloture vote with help from Republicans, Senate Democrats will be able to vote on the debt ceiling hike without GOP support (51 votes).