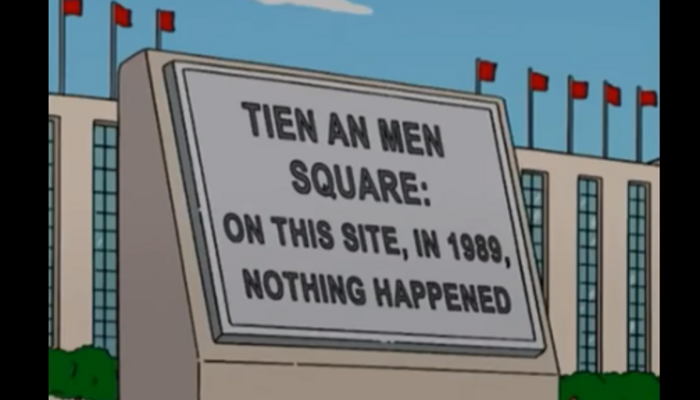 Video platform Disney+ in Hong Kong reportedly removed an episode of “The Simpsons” that mocked Chinese propaganda about the 1989 Tiananmen Square massacre. 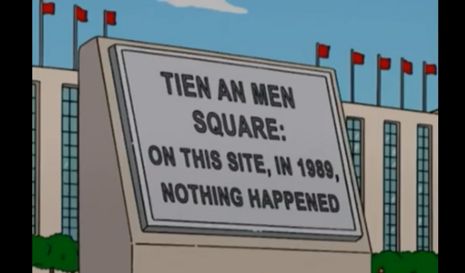 Disney+ launched Nov. 16 in Hong Kong, including season 16 of “The Simpsons,” Bloomberg reported. Disney+ in Hong Kong included episodes 11 and 13 of the show’s season 16 but left out episode 12, “Goo Goo Gai Pan,” according to Bloomberg. That episode reportedly depicted the Simpsons visiting “Beijing square where a character confronts a line of tanks – a reference to the famous Tank Man photograph –- and a sign reads” “‘TIEN AN MEN SQUARE: ON THIS SITE, IN 1989, NOTHING HAPPENED.’” The Chinese Communist Party (CCP) has previously censored information on the massacre of Tiananmen Square, but Disney seems to be helping the CCP’s efforts.

The censorship is reportedly a first for U.S. streaming companies in Hong Kong. “This is the first notable time an American streaming giant has censored content in Hong Kong,” Hong Kong Baptist University film censorship associate professor Kenny K K Ng reportedly told Bloomberg. “Basically, the whole story is for streaming companies to be more tailored to a Chinese audience and to not offend the Chinese government. … This is likely to continue in the future with more companies with financial interests in China.”

Disney has pandered to China before. President Joe Biden reportedly considered nominating Disney Chairman Bob Iger to be U.S. ambassador to China. Sen. Ted Cruz (R-TX) slammed Iger in December 2020 for being a CCP sympathizer. “Disney just came out with the movie Mulan (2020). . .which the director described as ‘a love letter to China,’” Cruz said.

In Mulan’s credits, Disney thanked “the oppressive government forces who are running concentration camps right now with over 1 million Uighurs in prison,” Cruz said. Disney specifically thanked government entities in Xinjiang, the province where Uyghurs are kept in concentration and re-education camps.

Conservatives are under attack. Contact Disney+ at 888-905-7888 and demand that the company be held to account to provide transparency and clarity on hate speech. If you have been censored, contact us using CensorTrack’s contact form, and help us hold Big Tech accountable 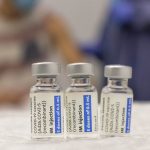 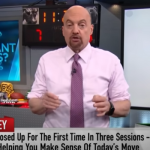