100 Percent Fed Up – Henry Ruggs, a 22-year-old wide receiver for the Las Vegas Raiders, killed a 23-year-old woman and her dog while drunk driving in the early hours of November 2nd.

Ruggs was driving his Corvette 156 mph before hitting the woman, Tina Tintor, and her dog Max. Following this severe impact, Tintor’s Toyota RAV4 burst into flames, leaving her trapped. Ruggs’ BAC was .161, twice the legal limit. Tina Tinor and her dog, Max

In a video taken from the scene, Ruggs and his girlfriend can be seen sitting near the crash, along with another of Riggs’ friends, none of whom are making any attempt whatsoever to try and save the woman who is trapped in her totally flame-engulfed car.

The burning car can be seen not far away from Riggs and Washington, who again are making no move to show concern for the woman that is trapped in a burning vehicle.

In the video, Washington continuously yells for help, saying, “Help! Please can we get help?” and “Can you please help him?!” as Ruggs appears to go unconscious.

A surveillance video was released afterward, which captured Ruggs’ car flying down the highways just before the deadly crash occurred.

In a poor attempt to take the heat off their client, Ruggs’ attorneys are now trying to blame the slow response of the firefighters on Tintor’s death. A witness reportedly told the court that firefights were slow to extinguish the burning Toyota, saying “Firemen did not attempt to extinguish the fire at Ms. Tinto’s vehicle for approximately 20 minutes at which time the entire vehicle was engulfed in flames”.

Regardless of the firefighters’ response, Tintor was in the middle of a highway, trapped in a flaming car because of the negligence, recklessness, and blatant disregard for human life by Ruggs. Stories of Aaron Rodgers being unvaccinated against COVID-19 have created more media buzz and generated more outrage from the Left than this story has. Why is everyone talking about how “evil” Aaron Rodgers is, while not nearly as many are expressing the same anger towards the NFL player who just killed an innocent woman?

Ruggs has been released from his NFL team following this incident and is now on house arrest. 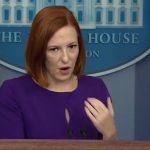 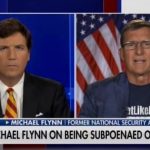