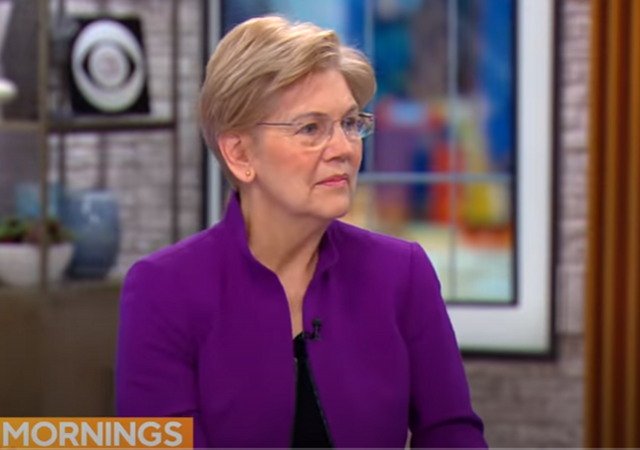 Biden’s presidency is falling apart but Elizabeth Warren thinks she sees a way for him to save himself.

According to Warren, all Biden has to do is issue an executive order cancelling federal student loan debt.

She apparently doesn’t believe taxpayers have been squeezed enough yet.

Warrn made the comments on CBS News.

“All the polls are very, very bad, right?” Dokoupil continued. ” I mean, the — Gallup had a poll that showed a preference nationally for Republicans at a five-point margin over Democrats. You started with the insurrection and a nine-point advantage. In the fourth quarter, it was a five-point margin for Republicans. So something is not right here. Something that you think could change the game for President Biden is with the stroke of a pen he could cancel student loan debt federally,”

“Why do you think that would make such a difference?”…

“It would affect about 43 million Americans. And keep in mind, for the people who are dealing with student loan debt, about 40% of them do not have college diplomas. These are people who did what we want them to do as Americans. They tried. But they had babies, they were working three jobs, they moved and they didn’t make it, so now they’re dealing with student loan debt on what a high school grad makes,” she said.

Why stop at student loans? What about car loans?

How about people who took out car loans they couldn’t afford because “they did what we wanted them to do as Americans. They tried. But, they had babies, they moved…”

Should their car loans also be forgiven and passed on to tax payers?

Warren is crazy. People who paid off their student loans would be furious.