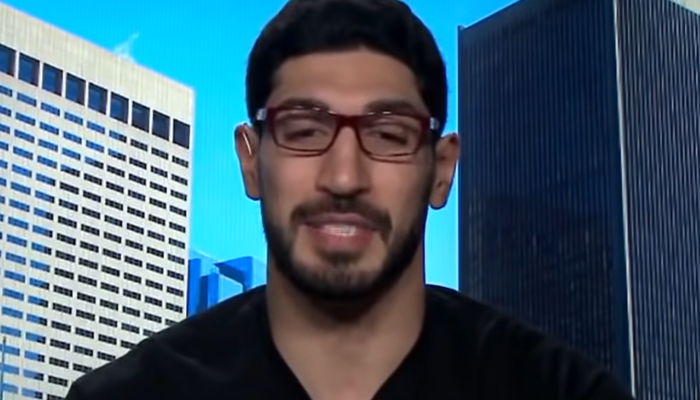 Boston Celtics forward Enes Kanter will become the newest U.S. Citizen today after he completes his citizen oath ceremony, but his national allegiance is not the only thing that will undergo significant change. 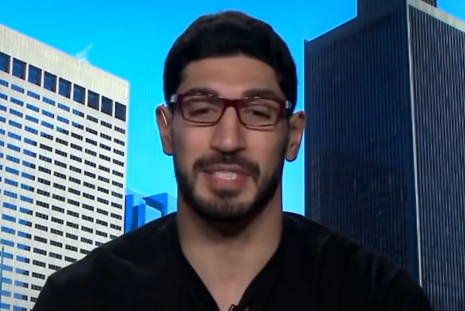 Kanter will legally change his name to “Enes Kanter Freedom,” cementing his already staunch commitment to advocating for human rights. He made himself famous in recent weeks for being an outspoken critic of China’s humanitarian crimes, and for calling out Los Angeles Lakers forward LeBron James and Michael Jordan for being silent on China’s forced labor camps.

Kanter, a native of Turkey, has long been unafraid of speaking his mind, as evidenced in 2017 when he had his passport revoked when he criticized Turkish president Recep Tayyip Erdogan. In 2017, he and his family were accused of being terrorists, and any game he played was censored in Turkey.

Naturally, with all the legitimate threats he has experienced for criticizing the government, it would make sense that he would choose to become a citizen in a country where free speech is a constitutionally protected right.

Kanter explained the logic behind his name change on CNN:

“Freedom is the greatest thing a human being can have,” Kanter said.

Celtics Coach Ime Udoka was pleased for his forward and the decisions he made:

“We congratulated him as a group for getting his American citizenship last week,” Udoka said. “That’s who Enes is, we’re proud of him. Enes is who he is. He’s passionate about his stances and the name change; you look at [Ron] Artest [who changed his name to Metta Sandiford-Artest in the middle of the COVID-19 outbreak] and guys that have done it in the past. It’s something he wants to express and we’re all for it.”

While the name change is certainly a nice gesture, the real victory here is that a foreigner saw America as a nation worth pledging their allegiance to. Countless entitled individuals and celebrities today think that living in America is a burden and not a privilege and constantly gripe about it (as if complaining were a virtue).

However, if you are born in America, you are immediately granted a plethora of freedoms that most of the world only dreams of. And still, those same people think that the only way to make America better is by tearing down its foundations and creating a communist society.

Kanter thought differently. He saw America as a land of freedom and a place where he would not be an outcast for speaking freely or wanting to live freely. As such, he forsook his native country to be a part of it.

We can all get a healthy dose of perspective on how amazing a country America is from this basketball star. Welcome to America, Mr. Freeodm. 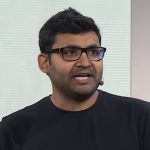 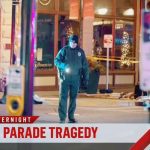