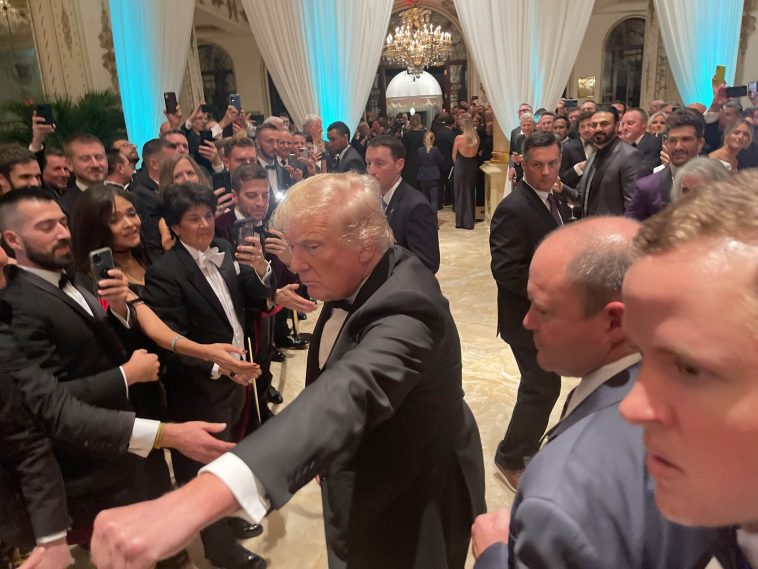 On Saturday Night, President Donald Trump and First Lady Melania Trump and spoke at the annual 2021 Spirit of Lincoln Gala, hosted by the Log Cabin Republicans, which honored the former First Lady with an award. Hundreds of patriots attended the Gala; There were so many that President Trump needed to limit attendance to 700 people saying, “We can’t get the help because of this administration.”

The Gateway Pundit joined the hundreds of patriots at the Gala and enjoyed a spectacular night featuring our real President and our magnificently stunning First Lady.

President Trump even told us how much he loves our website, Gateway Pundit.

President Trump to The Gateway Pundit at Mar-a-Lago: “You Guys are Great!!” (VIDEO)

Rep. Chris Stewart also spoke on the sweeping victories and historic advances made under the Trump administration and Republican leadership.

During his speech, the crowd erupted chanting, “Let’s go, Brandon!”

Rep. Stewart responded, “If my name were Brandon, I would be so happy right now.”

Joe Biden probably doesn’t mind us doing this because he thinks we’re cheering him on.