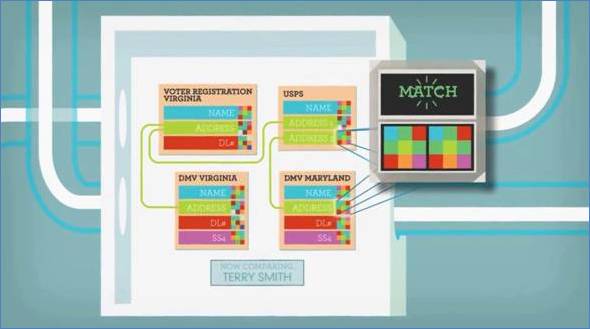 On Thursday The Gateway Pundit revealed Democrats and leftists have fought ferociously to prevent the cleanup of State voter registration rolls. Recognizing a potential niche, left-wing activists created ERIC to clean voter rolls their way, using their rules. So in 2012 the Electronic Registration Information Center (ERIC) was formed as a membership organization primarily for blue States. ERIC is essentially a left wing voter registration drive disguised as voter roll clean up. But it’s been gaining traction in Red States too. Originally funded by the Soros Open Society, it is now responsible for cleaning the voter rolls in 31 States, plus D.C. A top election official from each member State is appointed a seat on the ERIC Board or as an Officer, all unpaid positions.

As we reported — The ERIC database is comprehensive and would be one of the most coveted by bad actors looking to influence an election.

And the ERIC database looks to be as corrupt as we feared. Over the past four years, the largest US Counties have removed ZERO ineligible voters from their voter rolls.

States are required by federal law (1993 NVRA) to report to Congress how many ineligible voters they removed from their voter rolls. These are the registrations of voters who fail to respond to an address confirmation request, and fail to vote in two consecutive elections. The outstanding team at Judicial Watch recently investigated this data and found some astonishing revelations. Over the recent 4 year reporting period, large counties in powerful states like NY and CA reported they removed ZERO, ONE, or only TWO ineligible voters from their voter rolls over those 4 years.

Robert Popper, Judicial Watch’s Director of Voting Integrity efforts said: “About 10% of Americans move every year. Those counties should generate hundreds of thousands of canceled registrations. There is simply no way to comply with federal law while removing so few outdated registrations”.

The Gateway Pundit recently published an article about ERIC, a Soros founded non-profit now used by 31 States to clean their voters rolls.

Judicial Watch sent warning letters to election officials in several states pointing out these impossibly low numbers. They gave each state 90 days to correct these records or JW “will commence a federal lawsuit.”  Awhile back they uncovered 1.6 million inactive voters in Los Angeles County and through a 2019 settlement agreement, forced LA to clean up its act. After Judicial Watch sued Pennsylvania, the state admitted to reporting incorrect information to a federal agency. But the new PA figures are also too low. PA now admits eighteen (18) counties removed a combined total of only 15 ineligible voters over 2 years. The States listed below are totals for the recent 4 year period.

The NVRA requires states to “conduct a general program that makes a reasonable effort to remove the names of ineligible voters” by reason of death or change of address. Dirty voter rolls matter, and Judicial Watch continues to do astonishing work. The 2018 Supreme Court decision reaffirmed the 2014 Judicial Watch settlement agreement with Ohio forcing the state to clean up their voter rolls. Ohio had to follow the law and send address confirmation notices to registered voters. The JW lawsuit with Colorado charges “an ongoing, systemic problem with Colorado’s voter list maintenance obligations”. Judicial Watch filed a lawsuit in North Carolina for the same reason, and have successfully taken on Ohio, Kentucky, and Indiana as well. Sincere gratitude goes to Tom Fitton, Robert Popper, and the rest of the team and Judicial Watch.