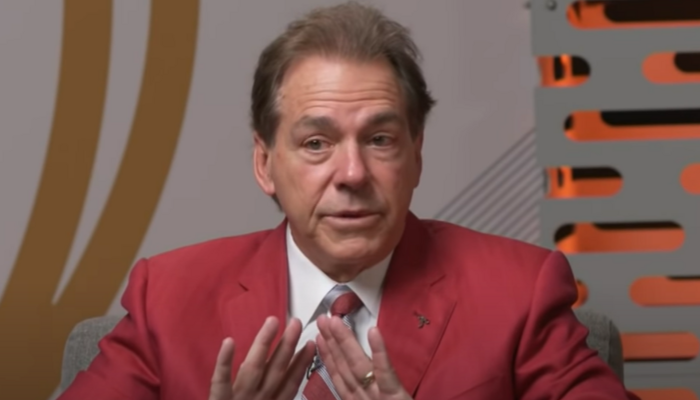 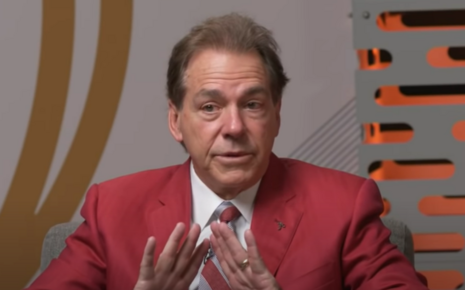 ESPN “Woke” Center remains tight-lipped about the Golden State Warriors’ owner who doesn’t give a rip about slaves in China, but is giddy as can be about Nick Saban’s politics. A few days ago, part-owner of the Warriors Chamath Palihapitiy said he doesn’t care about the Uyghurs enslaved in China. This week, Alabama’s football coach came out in support of Democrat politics, and ESPN is all over that.

Palihapitiy called China’s shabby treatment of Uyghurs an “ugly truth,” but acknowledged it’s not on his list of concerns. That’s pathetic, but it’s more than NBA Commissioner Adam Silver and Lakers’ superstar LeBron James have said. They and others have all thrown the enslaved group under the bus as they reap mega-bucks from Chinese business.

“While ESPN gleefully assigned one of its writers to report the Saban voting rights news, the network continues to be silent on Golden State Warriors minority owner Chamath Palihapitiya saying that nobody cares about the Chinese genocide of Uyghur Muslims. Yeah, you know, nobody cares about reports of systemic rape, sexual abuse and torture of women at these camps which have been estimated to hold more than a million Uyghurs.”

Saban (appearing in recent ESPN interview, in above photo) co-signed a letter to his pal U.S. Sen. Joe Manchin (West Virginia-Democrat) urging him to sign a Democrat bill aiming to federalize elections. The letter was also co-signed by basketball Hall of Famer Jerry West and former NFL Commissioner Paul Tagliabue. They all want Sen. Manchin to overcome his concerns and sign The Freedom to Vote Act, which will kill commonsense voting restrictions.

All ESPN has said about the China abuses is that Warriors’ majority owners are distancing themselves from Palhapitiya. Which is merely an Associated Press report, not an original ESPN story.

On the other hand, the Saban voting rights story is “front-page material,” Kinsey reports. “ESPN.com editors are tackling each other trying to get a headline into the ESPN backend system as fast as humanly possible.”:

Kinsey also noted that Chamath is correct in one way: “ESPN clearly doesn’t care about systemic rape, sexual abuse, and torturing of women. They have a business to run, and they can’t be angering the CCP (Chinese Communist Party).”

ESPN intentionally omitted one important aspect of the Saban story. Though Saban supports the Democrats’ aims to radically alter voting in America, he still supports the filibuster. Democrats want to get the filibuster out of their way to pass the voting bill. This has just been brushed aside by the ESPN partisans.