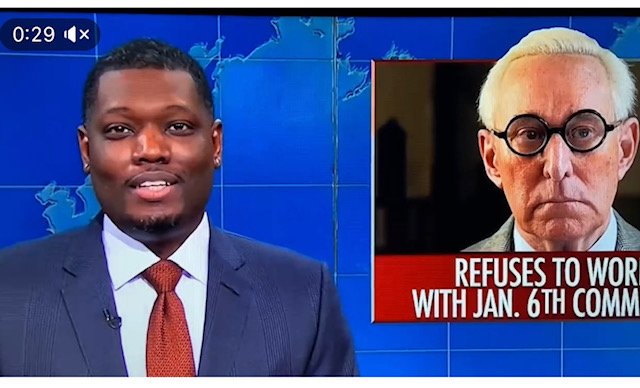 The “othering” of conservative Americans by the radical left continues.
This won’t end well.

Saturday Night Live: Trump advisor Roger Stone who draws his glasses on with a Sharpie (joke – haha) refused to cooperate with the committee investigating the January 6th attacks, though Stone said he would be open to sitting in a corner and watching the committee take turns on his wife.

It’s now “funny” on the left to joke about gang-raping the wife of a prominent conservative with cancer.

Via The Storm Has Arrived.

The left intends to annihilate Roger Stone and his family.
They want to ruin his name, destroy his finances and then mock his cancer-stricken wife.

Don’t think for a second that you are safe from their evil.

** Please donate to the Stone Family Support Fund if you can.