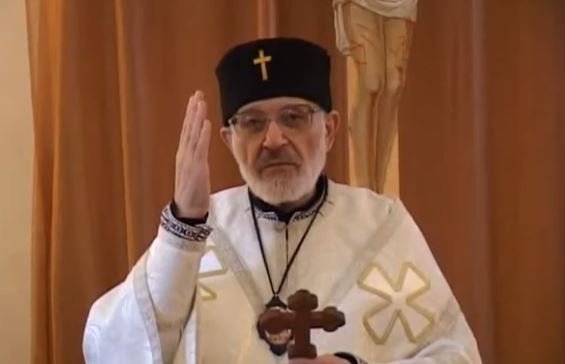 The Patriarch of the Byzantine Catholic Patriarchate recently reached out to The Gateway Pundit.

The Byzantine Catholic Patriarchate (BCP) is a community of monks, priests and bishops living in monasteries. The BCP is headed by Patriarch Elijah with two Secretary Bishops, +Timothy and +Methodius. The BCP arose from the need to defend the fundamental Christian truths against heresies and apostasy. It does not recognize pseudo Pope Bergoglio [Pope Francis] and is not subordinate to him.

Patriach Elijah is concerned that the Mexican Bishops are blackmailing priests to get vaccinated.

A letter from Chancellery Patriarchate.

It was reported that “the Mexican Bishops published on August 30 four cases in which their health service will not pay for bills the priest cannot pay by himself:

– when a priest exposed himself recklessly to Covid;”

Commentary: De facto anything can be considered reckless – for example, the fact that the priest will not force the faithful to wear masks. Thus, any ideological opponent of corona-psychosis can be innocently punished.

“– when he is tested positive for Covid-19 but doesn’t take measures;”

Commentary: Dr. Montanari states that PCR tests are 80-percent unreliable and used for public manipulation. Czech virologist S. Pekova adds that a positive test does not mean that a person is ill. In addition, testing has proven to be very dangerous. It damages the mucous membranes, even introduces parasites and nanoparticles into the body, and there have been cases of rupture of the blood-brain barrier. Doctors warn against testing – Dr. Petrella: “Don’t get tested! Once you get tested, you’ll be forced to get vaccinated.”

Commentary: Doctors say: Healthy people have never been forced to wear a mask. The mask does not protect against the virus; on the contrary, the immunity falls rapidly. Wearing a mask, a person breathes his own fumes and suffers from a lack of oxygen, which has a negative impact on brain function.

Ideologically, if a priest in a mask faces the people during the Holy Mass, it is all a publicity stunt for the whole fraudulent system, which continues with unreliable testing and experimental vaccination. It is a mockery of God and manipulation of people who put their trust in priests.

“- when he refuses the [controversial and dangerous] ‘vaccination’.”

Commentary: Do the Mexican Bishops have at least elementary knowledge of the mRNA vaccine? Let us recall some facts:

1) Who promotes the vaccine? The vaccine is promoted by the powers that be. Why? Not for the sake of human health; it’s quite the contrary, as Bill Gates revealed: “If we do a great job on vaccines, we could lower the population by 10-15%” (in the first stage). The Mexican Bishops, along with pseudo Pope Bergoglio, enforce this agenda of death on all their priests under terror.

2) The modified RNA vaccine changes the human genome, and that is a crime against God the Creator! Are the Mexican Bishops aware that they are forcing priests and believers into this rebellion? Who do these bishops serve? God or Satan?

3) The vaccine has its biological basis in the tissue torn from a live unborn child before it is killed. By imposing mRNA vaccines, the Mexican Bishops promote the sadistic killing of unborn children. Under Catholic morality, they are subject to excommunication – expulsion from the Church.

4) Do the Mexican Bishops know that the vaccine contains nanoparticles and is part of the process of chipization of humanity? Scripture warns against it, speaking about the lake of fire. These Mexican Judases in miters force the priests as well as the entire Mexican nation to follow the path that ends in the lake of fire. It is a tragedy that the apostate Catholic hierarchy has become a misleader of the nation and is in opposition to the President of Mexico, who is opposed to mandatory vaccination and the restrictions on freedom associated with it.

5) Do these Mexican episcopal wolves in sheep’s clothing know that the vaccination is a prohibited experiment on humans under the Nuremberg Code and its aim is the reduction or genocide of humanity? Here the religious impostors and criminals, who live parasitically on the Mystical Body of Christ, have clearly exposed themselves. They cunningly work with Bergoglio to destroy the Church; not only to perpetrate physical genocide, but also to throw lots of souls that have received the mark into the lake of fire.

What do real experts, rather than pseudo Pope Bergoglio or the lying media, say about vaccination?

Dr. Vladimir Zelenko, USA: “Health Ministry is lying to you. December 20th, 2020: There is a huge spike in the curve of death in Israel. National Immunization started on December 20th. There is zero justification for using this poison death shot… It’s a bio-weapon. When a person gets an injection of these ‘vaccines’, the body becomes a spike protein-producing factory.”

Dr. Dolores Cahill, Ireland: “90% of the vaccinated will die within two years.”

Dr. Ryan Cole, USA: “The (mRNA) vaccine is a toxin. It causes microclots, inflammatory responses in the brain, heart, lungs…”

Prof. Dr. Sucharit Bhakdi, microbiologist and virologist: “After vaccination against Covid-19, blood clots were found in the vessels. When you have your child vaccinated, you are committing a crime! I consider these experimental vaccines to be experiments on humans that are banned.” (See Nuremberg Code)

Dr. Luc Montagnier, French virologist and Nobel laureate for the discovery of HIV, calls for an immediate end to mass vaccination: “This is the biggest risk of genocide in the history of humanity.”

We ask by what right and on what basis the Mexican Bishops blackmail and impose sanctions on priests who are guided by common sense, conscience and warnings from incorruptible and honest experts in virology. Are these clerics experts in medicine? If they chant “vaccine for all” like a mantra, appealing to pseudo Pope Bergoglio, let us point out again that Bergoglio has brought on himself a multiple curse, anathema, for spiritual crimes against Christ, the Church and humanity. He has enthroned the Pachamama demon, thus violating the First Commandment and introducing pagan idolatry, which leads to apostasy from the living Christ who is the only Savior. By promoting the legalization of gay marriage and gay adoption of children, Bergoglio not only abolishes moral laws, but calls down the punishment of temporal and eternal fire (2Pt 2:6; Jud 1:7) on those who submit to him. As for the mRNA vaccine, the pseudo Pope notoriously boycotts the urgent warnings from top medical experts and is consciously involved in the sly genocide of humanity.

Let us ask these Mexican Judases a question: Is Bergoglio a heretic and is he expelled from the Church, or is he a rightful Pope? “If anyone preaches any other gospel, let him be accursed (anathema)!” (Gal 1:8-9) Bergoglio preaches a covid and sodomite antigospel, and so he is accursed, expelled.

Dear Mexican Bishops, we call on you to publicly repent, to apologize to the priests, and to call the truth the truth, heresy heresy, and a crime a crime. If you are not willing to repent, let the priests and believers separate from you as the greatest enemies of Christ and the Church, based on the teachings of the Church.

Patriarch of the Byzantine Catholic Patriarchate 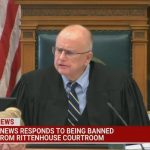 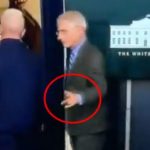