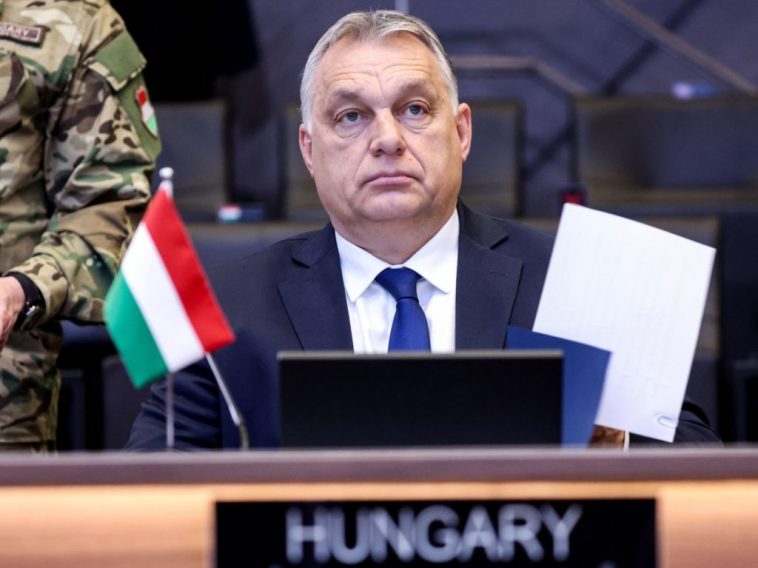 Hungary, noted for its strong border policies, has opened its arms to Ukrainian refugees but will continue “blocking cooperation with Ukraine at every European Union and NATO forum” over the country’s treatment of its Hungarian minority, an official told Breitbart News this week.

Hungary’s national conservative prime minister, Viktor Orbán, has surprised left-liberal critics by declaring that “all refugees who come from a neighbouring country must be helped” – drawing a clear distinction between Ukrainian refugees seeking shelter in Hungary and mostly Middle Eastern and South Asian migrants from distant homelands, who it has built border barriers to guard against despite fierce opposition from the EU.

Gergely Gulyás, the minister who heads Orbán’s office, said in comments provided to Breitbart London on Thursday that “Hungary’s position has always been that refugees should be taken care of in the first safe country.”

This “elementary, human, Christian” attitude towards ordinary Ukrainians has not, however, caused Hungary to soften its firm stance against the Ukrainian government’s little-reported laws discriminating against minorities.

These include not only a substantial Russian-speaking population but also some 150,000 ethnic Hungarians, cut off from Hungary proper by the shifting borders of the 20th century.

Hungary’s FM: Ukraine “stabbed Hungary in the back” over law that violates the rights of Hungarian minorityhttps://t.co/rmmIaJQM8J pic.twitter.com/05DM6J0GV4

“At least 150,000 Hungarians live in Transcarpathia, and although the members of their community have never moved from their villages or towns, over the past one hundred years these Hungarians have had successive citizenship of five or six different states – and in some areas even of seven states,” a spokesman for the Hungarian government’s International Communications Office explained to Breitbart London on Friday, referring to the region of Ukraine where most of the Hungarian minority live.

Transcarpathia is one of Ukraine’s westernmost regions and shares a border with Hungary, and no significant hostilities between Russia and Ukraine are ongoing there as of the time of publication.

These ethnic Hungarians, originally stranded on the wrong side of the border by the “dismemberment of the Hungarian nation” in the Treaty of Trianon – which deprived Hungary of more than two-thirds of its territory and cut it off from the sea after the First World War – have “always remained with us in spirit,” the spokesman said, highlighting the aid Budapest has extended to its extraterritorial compatriots as well as their non-Hungarian neighbours in recent years.

“When we provided health care [in Transcarpathia], we provided it for everyone. When we provided education, we provided it not only for Hungarians, but also for Ukrainians. When we offered to build new roads to replace those which are now in such an appalling state of repair, those roads are and will also be used by Ukrainians,” the spokesman said. “What we have done has been unselfish, and we have adopted a pro-Ukraine position; but in return for this pro-Ukraine position previously the response has been anti-Hungarian Ukrainian policy.”

“It follows from this that, in response to the discriminatory laws affecting Hungarians in Transcarpathia, we’re blocking cooperation with Ukraine at every European Union and NATO forum,” they added, vowing that “in all matters adversely affecting the Hungarian communities or the minority groups living in Ukraine, we [will], if needed, take issue with – or even take a stand against – the Ukrainian government.”

If adhered to, this pledge likely guarantees that Ukrainian president Volodymyr Zelensky’s high-profile appeals for a fast-track to EU membership are dead on arrival unless the laws Hungary deems discriminatory are repealed, as the accession of any new state to the bloc can be vetoed by any existing member-state.

Clashes between the Hungarian and Ukrainian governments have centred primarily on the nationalist language laws adopted by Kyiv in the wake of the Euromaidan revolution of 2014, aimed at curtailing the use of languages other than Ukrainian in official settings including schools – a situation Hungarian foreign minister Péter Szijjártó described as “outrageous and unacceptable” in 2017.

Minister Szijjártó was also angered by Ukrainian security service commandos conducting raids on Hungarian cultural institutions for alleged connections to “separatism,” summoning the Ukrainian ambassador in December 2020 and accusing Kyiv of “continuously intimidat[ing] and keep[ing] an ethnic minority of a NATO member… under pressure.”

Later that same month, Szijjártó accused the Ukrainian authorities of resorting to “the darkest methods reminiscent of the Soviet era” following reports they were investigating councillors in a Transcarpathian village on suspicion of treason for singing the Hungarian national anthem.

There are reports that Russian agents may be trying to exacerbate the dispute between the two countries, with Russia’s Federal Security Service (FSB) accused of orchestrating an anti-Hungarian billboard campaign in Transcarpathia to further inflame tensions in 2018, for example.

July 11. National Day of Remembrance of Victims of Genocide perpetrated by Ukrainian nationalists on the citizens of the Second Republic of #Poland #WolynMassacre https://t.co/8vOInb1h7N

Ukraine is also home to a Polish minority of around 140,000 — a population significantly reduced by the savage Wołyń (Volyn) massacres of 50,000-100,000 ethnic Poles by Ukrainian nationalist guerrillas and local peasants during the Second World War — and this population has also been impacted by Kyiv’s language laws.

The Polish government, while close to Orbán’s government on most issues, has adopted a different stance on the Ukrainian crisis, however, backing Kyiv’s efforts to secure EU membership and insisting that “the free world” must stop Russian leader Vladimir Putin.

Orbán, who has said that his primary goal is to avoid being “dragged” into a wider conflict, has historically taken a much less hostile posture towards Russia, having negotiated a Russian gas deal to keep Hungarian energy prices low and expressed opposition to Russian sanctions shortly before the invasion of Ukraine.

Budapest has denied accusations that Hungary has held up EU sanctions on Russia since its offensive began, however, insisting that it has “never expressed any objection to sanctions … neither have we blocked sanctions or any related proposals” on areas such as SWIFT, dismissing reports to the contrary as “fake news”.

Hungarian Govt on Ukraine: ‘We Must Not Let the Left Drag Hungary Into This War’https://t.co/yB8bFWo0uj 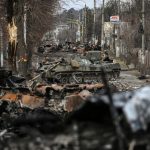 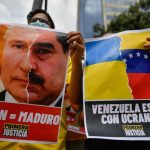