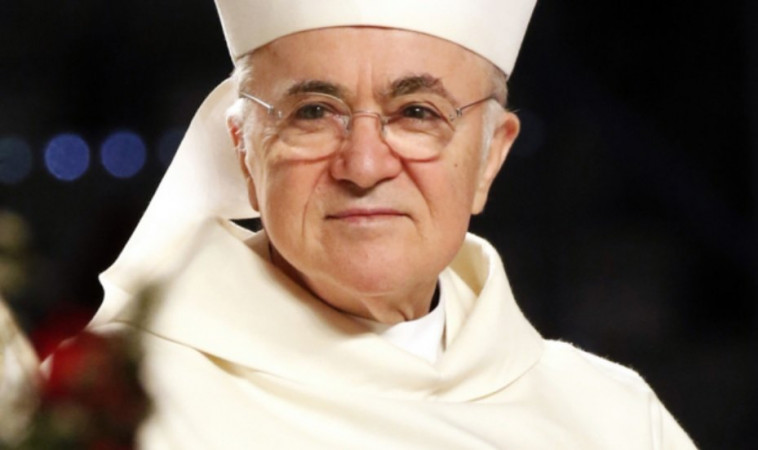 Archbishop Carlo Maria Vigano shares with The Gateway Pundit his observation and reaction to the recent Italian election where Giorgia Meloni was elected the first female Prime Minister in Italy.

Archbishop Vigano shares in part the following on the reaction of voters to the ruling class:

Certainly, most of the abstainers express the will not to accept taking part in a game, so to speak, in which the rules are decided by others. But to these must also be added those who do not vote due to trivial disinterest, or more simply – and this seems to me to be the case of the majority – because they are disgusted by a political class that has proven to be unworthy and corrupt beyond words.

TRENDING: Jan. 6 Prisoner Beaten til He Lost an Eye, Later He Was Tied to Chair for 12 Hours, Now He Has Blood Clots and Precancerous Growths, Government Won’t Allow Him Medical Treatment – They Want Him Dead – EXCLUSIVE AUDIO

On the destruction of Italy by the Italian Dems:

The Italian Dems have combined the worst of communist collectivism with the worst of consumer liberalism, in the name of an agenda that benefits the high finance lobby using emergencies like pandemics, energy crises and wars with the sole purpose of destroying the traditional social fabric.

Vigano waits to see what this new Prime Minister will do.

It remains to be seen whether the first woman Prime Minister will be able to distinguish herself from her predecessors or if she will prefer to bow to the deep stateand continuethe betrayal of Italian people.

Italians are waking up to the world elites:

It seems to me that many people are becoming aware of the very serious coup d’état that is being carried out by supranational powers, capable of interfering with a heavy hand with the activities of governments and international bodies. The world of business and work is beginning to understand the deliberate action of destruction of the national economic fabric that has been carried out first by Covid and then by the war in Ukraine.

Below is Archbishop Vigano’s transcript provided to The Gateway Pundit.

+Cmv Reflections on Italian Election by Jim Hoft on Scribd

Here are the Archbishop’s remarks in Italian with English subtitles.

Below are the Archbishop’s remarks in Italian.